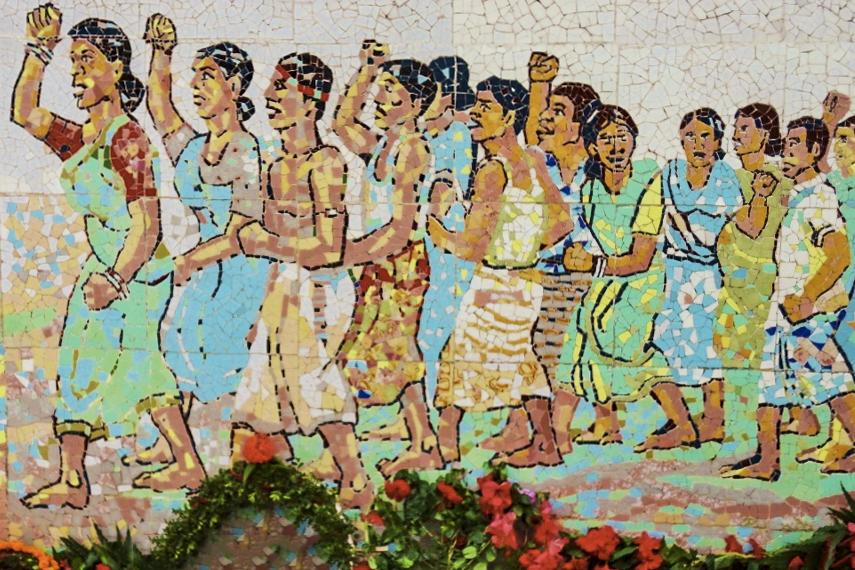 In November 2012 in Bangladesh, Inter Pares staff member David Bruer had the chance to lay a wreath at the memorial to a courageous woman called Korunamoyee. Almost twenty years ago, this impoverished Bangladeshi woman was murdered by men hired by wealthy businessmen from the shrimp industry.

Illiterate and uneducated, she had led her community in a protest against the shrimp industry, which wanted to flood their land with salt water to grow shrimp for export.

Every year since her murder, the women and men of our counterpart Nijera Kori gather to honour Korunamoyee’s memory, and her victory: the people in her community were successful in keeping out the shrimp industry from their farms. But the shrimp industry – not just in Bangladesh, but around the world – has forced many people off their land, making high profits and providing foreign consumers with cheap shrimp.

José Sicajau had been coming to Canada from Guatemala every year for four years helping to harvest vegetables that Canadians buy in our grocery stores. One day José witnessed a farm owner strike a fellow worker with a pipe and reported the attack. He was blacklisted and kicked out of Canada’s temporary foreign worker program.

José would like to come back and work here, as it enables him to earn more money than in his own community – but he wants labour rights to be protected, and migrant workers to be treated fairly. José co-founded AGUND, an association of migrant workers supported by Inter Pares, that is calling on the Guatemalan government to take care of its workers abroad.

Last year, we brought José to Canada to speak with government, migrant justice groups, and food activists from across the country about needed changes to the program. As a result, Guatemalan activists have joined forces with Canadians who believe that healthy food and fair working conditions are compatible.

Whether it is imported shrimp or Canadian-grown vegetables, it matters how food is produced. There are many personal choices involved in deciding what to buy, and nobody wants to feel guilty about what they eat. But while we can try to eat as ethically as possible, achieving justice for food producers goes beyond individual consumer choices.

The roots of the problems lie deeper – in our trade systems, in our immigration policies, in the increasingly corporate nature of agriculture, and in our economies that have come to rely on cheap food. Inter Pares is working with groups like AGUND and Nijera Kori as part of the movement seeking to address the problem at the roots, by changing the conditions under which food is produced.

Supporting the efforts of temporary foreign workers and Canadians who resist abuses by unscrupulous employers, and insist on fair migration policies and labour justice for all. 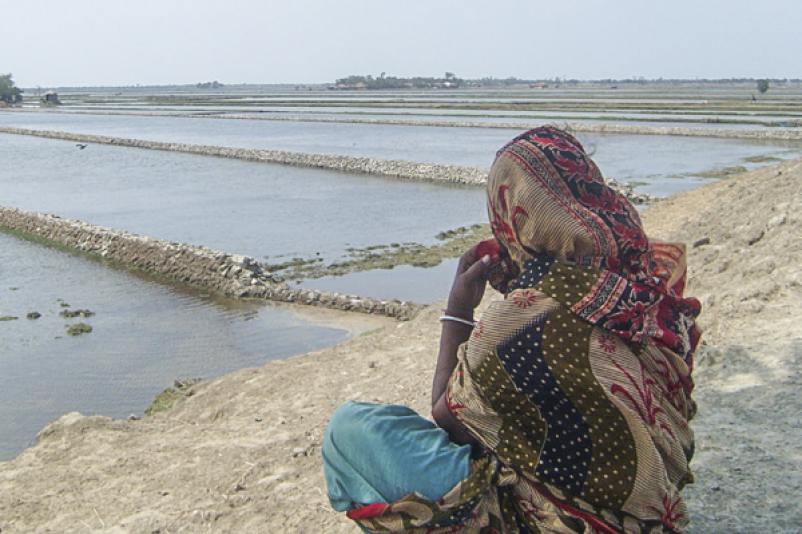