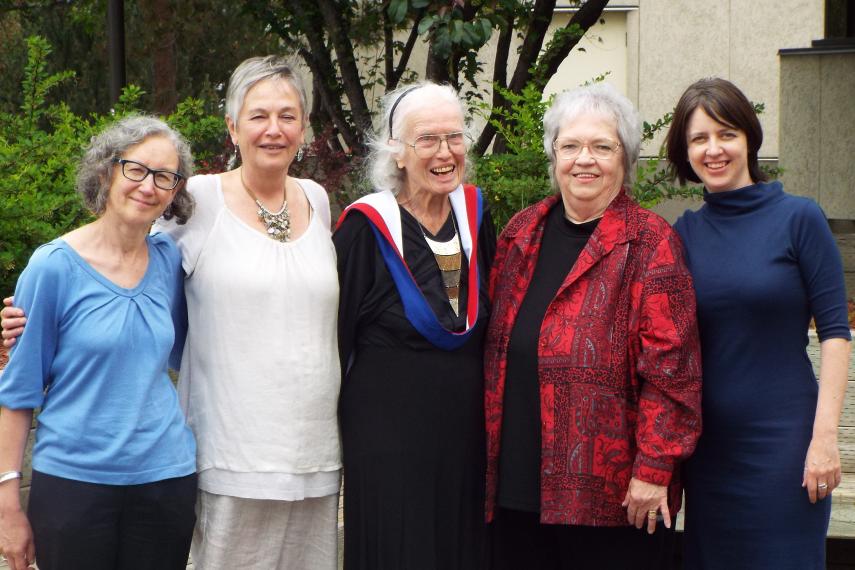 Margaret Phillips is one of the wise elders of Inter Pares’ history. Margaret joined Inter Pares’ board of directors in 1983 and served on the board for over a decade. Margaret was a key addition to a board that had previously been mostly men. When Margaret joined Inter Pares she brought a fresh perspective and voice from Northwestern Ontario, a region underrepresented in national organizations.
Margaret was patient, caring, far-sighted and fearless. A strong presence. A gentle strength.

Margaret helped to awaken Inter Pares’ feminism – she helped to shape our commitment to women and to evolve into a model of collective leadership. Margaret was a board member in 1983 when Inter Pares began to put a true feminist approach into practice, including a co-management structure where all staff earn the same base salary, and major decisions are taken by consensus. The co-management model Inter Pares uses to this day might not have happened without people like Margaret.

Margaret supported women’s leadership within Inter Pares, and helped create spaces for mutual learning among women who were finding ways to assert their rights, and build a more equitable relationship between men and women. Margaret understood in her bones that the causes of women’s inequality were not fundamentally different in different countries, and that we had much to learn from one another.

We built links between Margaret’s work in Northern Ontario and Inter Pares’ work with women’s organizations in Asia. In 1983 Margaret travelled with an Inter Pares coordinator named Mary Ann Mulvihill to Bangladesh to gather women’s stories, to use for raising awareness in Canada about international social justice issues. Margaret and Mary Ann spent several memorable weeks with women in rural villages to listen to them and hear about the issues that were important to them. Margaret had a way of looking at you that made you feel she really wanted to hear what you had to say.

Margaret’s house was always the way station for Inter Pares national tours on the road out west, always offering a warm bed and a potluck dinner with friends. Margaret helped Inter Pares to organize public events in Thunder Bay on several occasions, including a production of Side Effects in 1984, which was a play about women and pharmaceuticals. She also brought Inter Pares’ Women Working for Change tour to Thunder Bay in 1989, with six women activists from different countries who were on a cross-Canada tour. That tour was based on women talking to women, activists talking to activists, using open-ended discussions, having a real conversation and not just a presentation followed by questions. For any national tour, Inter Pares staff didn’t have to worry about any of the details for the Thunder Bay gathering as Margaret always had everything taken care of – she was meticulously organized and was truly the hub of the feminist movement in Northwestern Ontario.

Margaret, over many decades, invested her love, labour, and resources into Inter Pares, to ensure that we will be able to continue working for women’s rights around the world, and carrying forward the vision for a better world that Margaret helped to build, each day of her life.

Margaret passed away on November 4, 2015, in Thunder Bay, at the age of 84. We will miss you Margaret, and we will remember you with great affection, for generations to come.

Margaret helped to awaken Inter Pares’ feminism – she helped to shape our commitment to women and to evolve into a model of collective leadership. 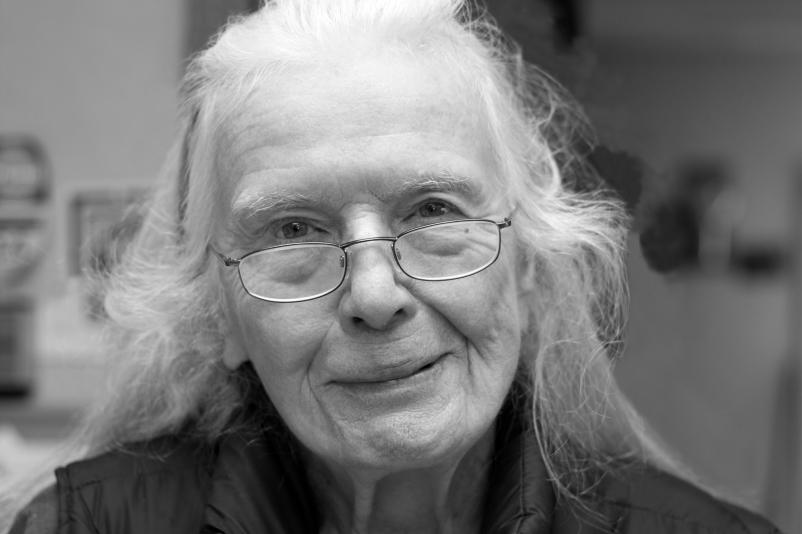