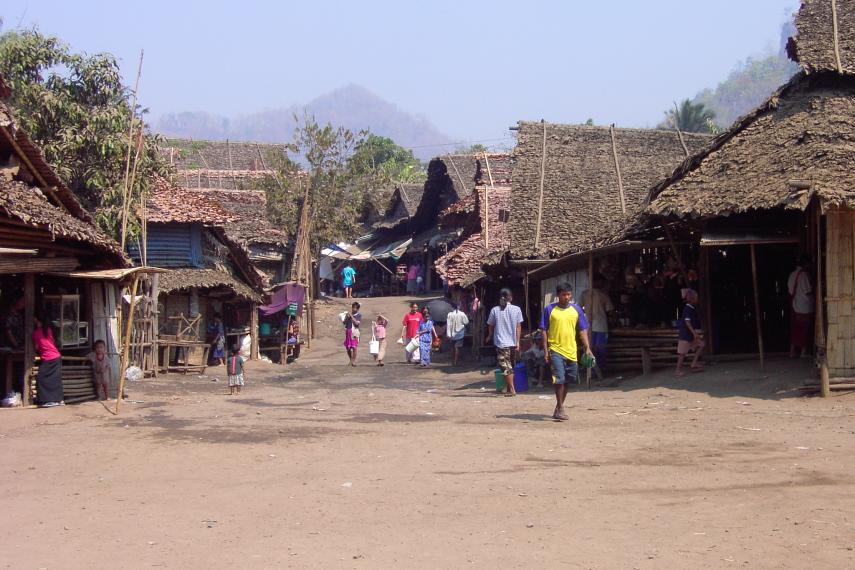 “The camp is very crowded, and people are feeling a lot of uncertainty.” The elected leader of Mae La, the largest refugee camp in Thailand, was explaining the sharp increase in suicides among its residents. Their anxiety about the future couldn’t be more evident.

Unlike other refugee camps worldwide, Mae La and other camps in Thailand manage their own operations, with supplies and support from Inter Pares’ long-term counterpart The Border Consortium (TBC). Many residents have been here for over 20 years. Most of these people, along with the estimated two million others living in Thailand, fled the scorched-earth tactics and human rights violations of Burma’s military.

Thailand tolerates the camps’ presence, but they face new pressures from an international community that is eager to support Burma’s democratic transition and tired of supporting refugees. One by one, international NGOs providing services in camps are withdrawing, and foreign governments are reducing or eliminating funding – citing refugee emergencies elsewhere, or a preference to support democratization in central Burma. How all of the residents’ food and shelter needs will be paid for next year remains unclear.

TBC believes that by pulling out, NGOs and donor governments are effectively quitting a 30-year marathon just as it enters what could be its final lap. TBC has been focusing its efforts on programs that help refugees to improve their farming, entrepreneurial, and administrative management skills in ways that will serve them after the camps close. TBC also facilitates refugees participating in visits to potential repatriation sites, so that they can make more informed decisions about their future.

The challenges arise on all sides. Burma’s government has not made support for repatriation a priority, and has stated that it cannot yet support a large-scale return. Refugees point to military forces still occupying their home areas – the same military that they fled. Instead of withdrawing, the military has taken advantage of recent ceasefires to strengthen its presence in contested areas where most camp refugees are from. Fighting flares up sporadically, especially around sites that the military has grabbed for large dams and other state-sanctioned development projects. There are unmapped landmines laid by all sides to the conflict. The challenges to return are daunting, and a large-scale return in safety and dignity requires extensive preparation – which is why preparation has been the major focus of refugee efforts and TBC’s work for the past several years.

Despite the challenges, Inter Pares is committed to supporting the refugees’ ongoing efforts to build safe futures for their families. We will accompany them in this final leg of the marathon, and will continue to encourage other donors to do the same. Refugees have been capable managers of their communities in exile, and they are the best-placed to decide what should come next.

The Border Consortium believes that by pulling out, NGOs and donor governments are effectively quitting a 30-year marathon just as it enters what could be its final leg.