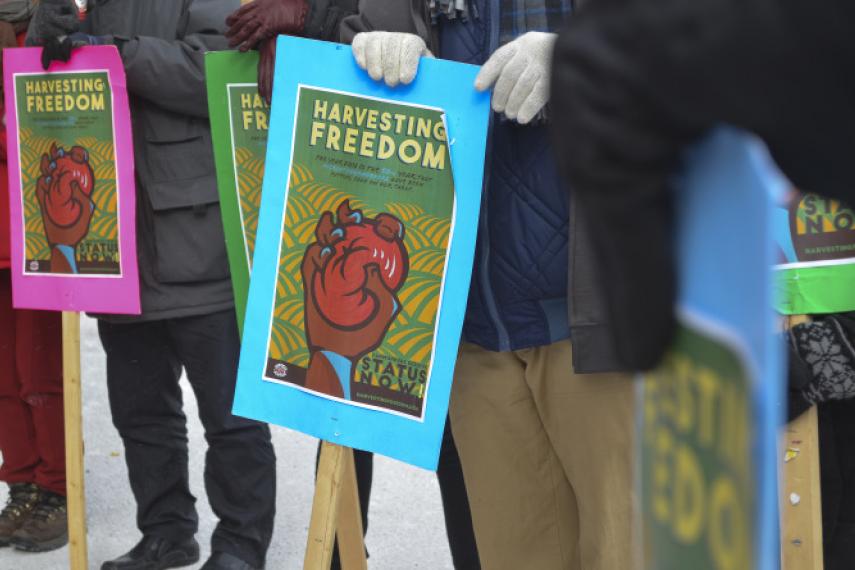 This fall, two important series of events are drawing attention to the structural injustice that migrant farmworkers face in Canada, and to their demands for change. 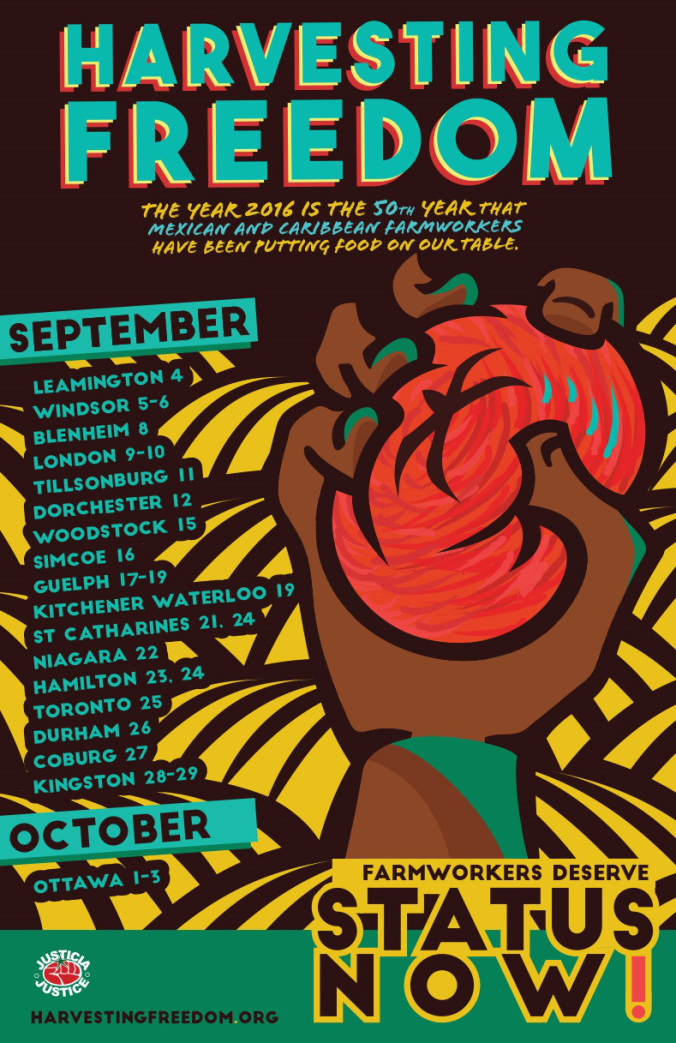 From September 4th to October 3rd, migrant farmworkers will be marching and caravanning across Ontario from Windsor to Ottawa, marking the 50th anniversary of Canada's "temporary" migrant farmworker programs. The caravan will raise awareness among Canadians about how our food system relies on their precarious and underpaid labour, and call on the federal government to offer them permanent residence status and to respect their labour rights.

You can participate and help by:

Inter Pares is proud to be supporting the caravan through funds, publicity, and logistic support to the Ottawa events. We are also co-organizing an event at the Food Secure Canada assembly that will bring migrant farmworkers and their advocates together with farmers and food justice activists, later in October after the caravan ends, to help build stronger connections between these two important social movements.

We are thrilled to announce that Migrant Dreams, a documentary film by Min Sook Lee exposing the precarity and rights abuses that migrant farmworkers in Ontario face, will have its world premiere broadcast on TVOntario on September 14th, can be streamed on tvo.org as of September 15th, and will air again on September 17th and 18th.

The film will also be screened September 3rd in Fort McMurray, AB, and across Ontario in September, often as part of Harvesting Freedom caravan stops. The final Harvesting Freedom stop in Ottawa will begin with an Inter Pares-sponsored screening of Migrant Dreams at the One World Film Festival on October 1st. Watch the film and learn about migrant farmworkers' lives through their voices and stories.

Inter Pares has financially supported the film's development since its inception, and believes that it will be an invaluable tool in raising awaress about farmworker conditions and in pressuring the federal government for change.