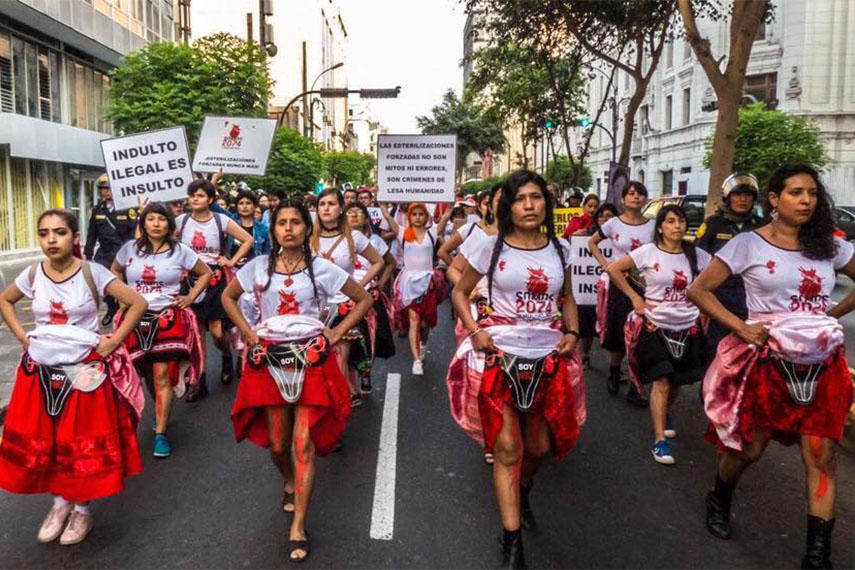 A demonstration in Lima to denounce the policy of forced sterilizations. Credit: DEMUS

Inter Pares has worked with Peruvian counterparts since the early 1990s to bring an end to a policy that resulted in the forced sterilization of hundreds of thousands of rural citizens.

The majority of its victims were women – often indigenous – who were subjected to large-scale involuntary tubal ligation. Coerced sterilization is enough of a travesty, but for many rural women with little access to health care, infections and botched operations have meant a lifetime of pain and illness.

As a result of the concerted campaign of many Peruvian organizations, among them our counterparts SISAY and DEMUS, this issue finally received national attention. The Peruvian government responded by establishing a national registry. Gradually, the victims of this crime are coming forward to tell their stories and demand justice.

On March 8th, we took photos at our booth during the celebration of International Women's Day in Ottawa with messages of support to the victims of forced sterilizations in Peru. Inter Pares sent these messages (in English/French, Spanish and Quechua) to our Peruvian counterparts who, in turn shared them with the women, men, and communities affected by this crime against humanity.

During a twenty-year period between 1980 and 2000, Peru experienced an internal armed conflict waged by the Peruvian army and various guerilla groups, most notably the Shining Path. Human rights abuses and violations of international humanitarian law were widespread and an estimated 70,000 Peruvians – the vast majority of them young Indigenous men from Peru’s highland provinces – were murdered or forcibly disappeared. Rural Indigenous and campesina women suffered tremendously as victims, witnesses, survivors and relatives of those “disappeared” or murdered.

One of the crimes committed during this period – which until recently received little attention – was the forced sterilization of as many as 300,000 rural Peruvians, mainly targeting indigenous women from poor farming areas. Subjected to large-scale involuntary tubal ligation, women were frequently coerced, lied to, and sterilized without their prior consent and against their will.

This occurred as part of a deliberate policy implemented by the government of Alberto Fujimori to fight poverty by decreasing the birth rate among the poor. The Ministry of Health established daily quotas for medical teams, resulting in forcible sterilization of some 275,000 indigenous or poor women along with about 25,000 men, from 1995 to 2000.

Fujimori was arrested and convicted in 2007 on charges of corruption and human rights abuses, although was never charged for authorizing the forced sterilization program.

Over the last decade, SISAY and DEMUS, along with other Peruvian civil society organizations, have identified 2,704 cases of women who have come forward. As a result of intensive campaigning and public education on the issue, in November 2015 the government of Peru committed to creating a national registry of victims.

However, the registry is only the first step in a longer process of access to justice. Those responsible must be made to explain themselves and held to account for their actions, and restitution and reparations – including health care – provided for the victims. 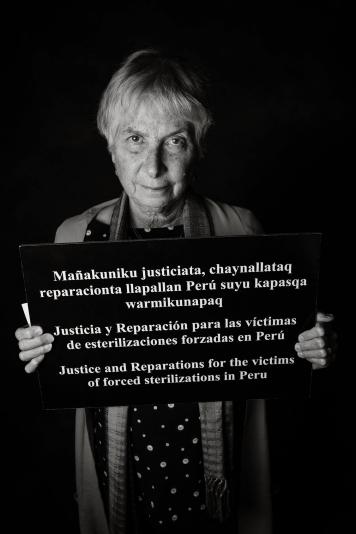