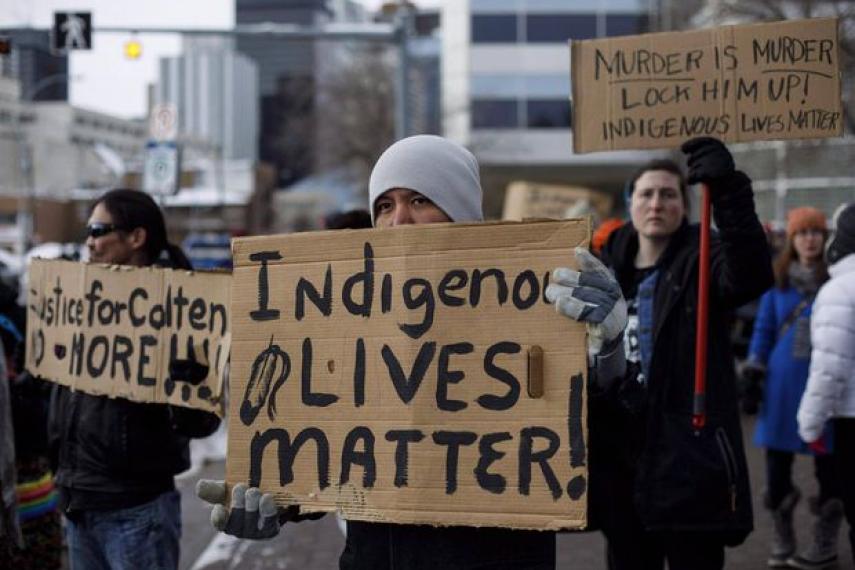 The lives of these two young people ended far too soon, without anyone being held responsible. While individuals committed the acts, collectively, Canadian society is also responsible for failing to create a country in which Colten Boushie and Tina Fontaine could live long and full lives. Time and again, the justice system and the child welfare system in Canada have failed Indigenous people.

Indigenous people in Canada face systemic barriers in their struggle for justice. In Canada, there is inadequate investigation and law enforcement for crimes against Indigenous peoples – strikingly evident in the shocking number of unresolved cases of missing and murdered Indigenous women and girls. In Canada, Indigenous women and girls experience disproportionately high rates of all forms of violence. First Nations, Métis and Inuit peoples are over-incarcerated, accounting for more than 25% of all prison inmates while making up less than 5% of Canada's total population.

Furthermore, Indigenous peoples are systematically excluded from juries in our court system. We look back to the 2013 report, First Nations Representation on Ontario Juries, written by the Honourable Frank Iacobucci, which showed how First Nations people living in reserve communities are under-represented on juries in Ontario. Recommendation 15 of the Iacobucci report suggested an amendment to the Criminal Code of Canada to "prevent the use of peremptory challenges to discriminate against First Nations people serving on juries."

As Norma Kassi stated in the Truth and Reconciliation Commission hearings in Inuvik, "the doors are closed at the Residential Schools but the foster homes are still existing and our children are still being taken away." The Canadian Human Rights Tribunal has shown us that the Canadian government is racially discriminating against 163,000 First Nations children and their families by providing flawed and inequitable child welfare services.

In the struggle to eliminate systemic racial inequality in Canada, it is vital that we all continue to build relationships of solidarity and understanding between Indigenous and non-Indigenous communities. This includes confronting and transforming deeply rooted racist attitudes; Inter Pares supports efforts such as the statement from the National Farmers Union, a long-time counterpart, condemning the racist comments posted on social media following Colten Boushie’s tragic death.

Canada's Truth and Reconciliation Commission (TRC) called upon the Canadian government to work in partnership with Indigenous peoples and nations to address the historic wrongs of colonization and reform the Canadian legal and judicial systems to ensure Indigenous peoples have real access to justice. The TRC also identifies long-standing policies that are discriminatory and putting Indigenous peoples at risk, including the crucial issue of child welfare. We believe that ensuring the government implements all 94 calls to action is a key step in preventing future tragedies such as those of Colten Boushie and Tina Fontaine. Implementing the calls to action is a shared responsibility amongst all Canadians. Inter Pares will continue to work in solidarity with Indigenous peoples in support of their calls for justice.