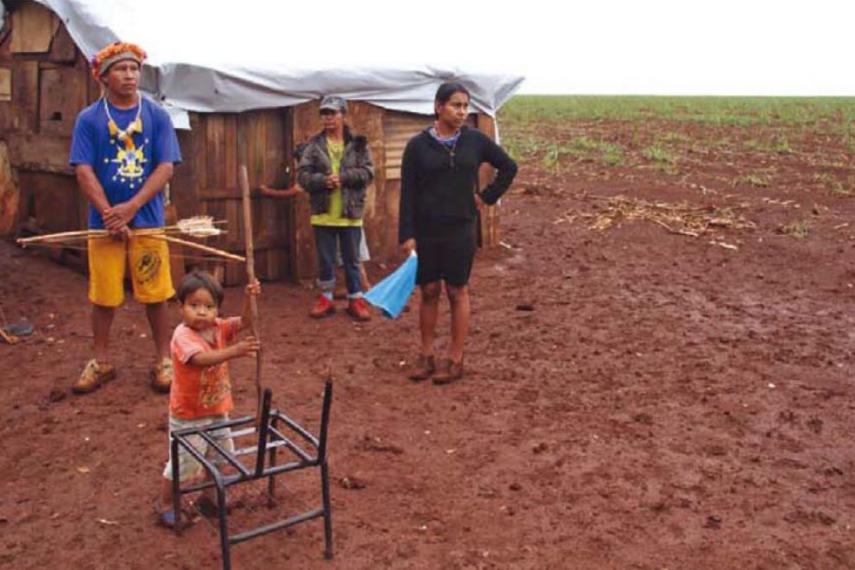 The investigative report, entitled "Foreign Pension Funds and Land Grabbing in Brazil," exposes how Swedish, US and Canadian pension funds have acquired farmlands in Brazil by way of a local businessman accused of using violence and fraud to displace small farmers.

"For years these pension funds have refused to provide specifics on their land deals in Brazil, saying that we should trust in their due diligence procedures," says Annelie Andersson of Solidarity Sweden – Latin America. "It took three years of investigative work to find the location of some of the farms the pension funds acquired, and what we found contravenes the principles for responsible farmland investment that these companies claim to follow."

TIAA-CREF is a founder of the Principles of Responsible Investment in Farmland and the largest institutional investor in farmland globally. It claims to follow strict procedures to verify the title of the lands it acquires and it says that all of its farm properties in Brazil were acquired in compliance with federal and local laws protecting aboriginal heritage and indigenous community rights.

The report, however, shows how TIAA-CREF and the other pension funds acquired several farms in the southern parts of the states of Maranhão and Piauí, where land conflicts and land grabbing are rife, and that these acquisitions were made from a businessman accused of using force and assassinations to acquire lands in the area.

"Through our research into official documents and interviews with local authorities and communities where the pension funds have acquired farms, we were able to determine that these foreign pension funds acquired several farms by way of a businessman who is accused of illegally acquiring large areas of land in the area," says Fábio Pitta of the Brazilian organisation, Rede Social de Justiça e Direitos Humanos. "This businessman is known to use falsified documents and violence to evict local residents, and federal authorities have connected him to a multi-million dollar system of money laundering and land grabbing."

Brazilian legislation was developed to prevent foreign investment in farmland on this scale. The report; however, details how the pension funds used a complex company structure and system of debentures that allows them to evade Brazilian regulations.

"People's hard earned savings in Sweden, Canada and the US are being used to grab lands from small farmers in Brazil and to set up massive industrial farms that poison the local communities with pesticides and rob them of their local water sources," says Devlin Kuyek of GRAIN. "The communities get nothing in return: no decent jobs, no compensation, and no food because all of it is exported elsewhere."

"We are deeply disturbed to see the pension funds of workers being used to fund the expansion of a model of industrial agriculture that is so destructive of family farms," says Kathy Ozer of the National Family Farm Coalition in the US. "This kind of financial speculation is also displacing family farms here in the US and Canada, and it needs to be stopped."

"The pension funds have deceived the people whose money they manage into believing that they are making socially responsible investments," says David Bruer of Inter Pares. "They should immediately divest from their farmland investments and ensure that any lands they have acquired illegally or through processes of land grabbing be returned to the local communities."

The report will be available in English here and in French here.

A version of the report in Portuguese produced by Rede Social de Justiça e Direitos Humanos is also available here.

It took three years of investigative work to find the location of some of the farms the pension funds acquired, and what we found contravenes the principles for responsible farmland investment that these companies claim to follow.