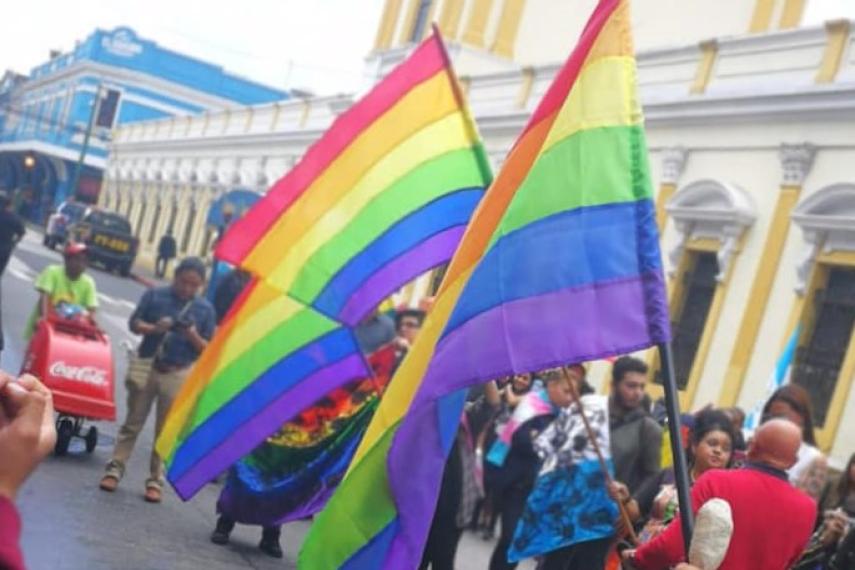 In Guatemala, our counterpart advocates for queer and trans rights while training the next generation of LGBTQI+ activists.

Threats to LGBTQI+ rights in Guatemala

2022 saw a major threat to bodily autonomy in Guatemala.

Christian fundamentalism is woven into the country’s social and political fabric. In March 2022 – on International Women’s Day of all days – Guatemala's legislature approved the “Law for the protection of life and family.”

In a country where abortion is already illegal, the new law would have imposed some of the harshest penalties in Latin America for accessing abortions. It would have set back LGBTQI+ rights, too: it prohibited same sex marriage and adoption, and banned teaching children about sexual diversity or LGBTQI+ issues.

Advocating for LGBTQI+ rights in Guatemala

Backlash was swift. Inter Pares’ local counterpart, Asociación Lambda, quickly mobilized a petition to repeal the law that obtained nearly 100,000 signatures in just a few days. Their quick response and widespread national and international condemnation led the president to veto the bill just one week later!

Despite this win, Guatemala still has no legal protections against discrimination on the grounds of sexual orientation and gender identity, nor any legal recognition for transgender people. Asociación Lambda still has a lot of work ahead of them.

They also provide spaces for trans women to organize to protect their right to live free of violence and humiliation. The violence against LGBTQI+ people is more acute among marginalized populations in the countryside. Because of this, Lambda works closely with rural networks in their communities to promote actions to eradicate LGBTQI+ targeted violence.

Will you support the fight for bodily autonomy and LGBTQI+ rights in Guatemala by making a gift today?

Yes, I will make a gift today!