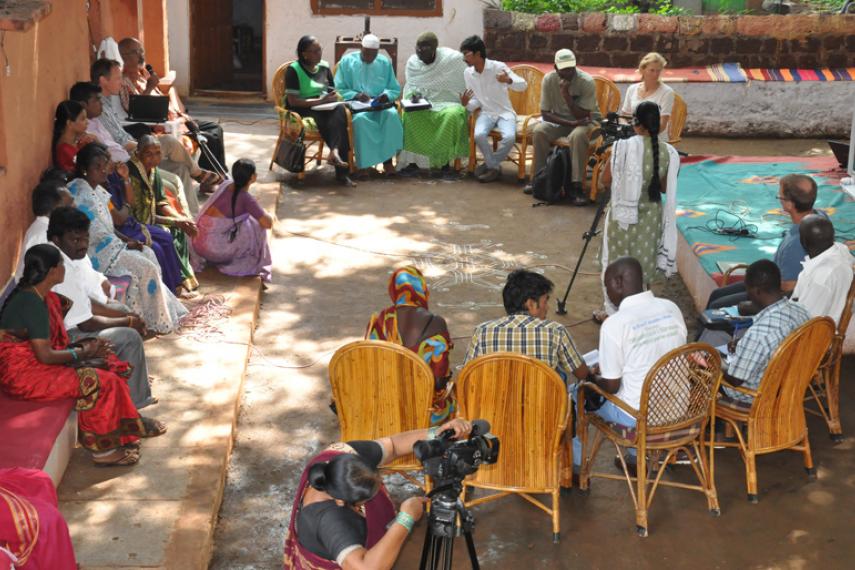 While continents apart, West Africa and the State of Andhra Pradesh in India share similar challenges. These include water scarcity, climate change, and aggressive efforts to introduce genetically modified crops. On the plus side, these two regions also share something precious in common: a wealth of knowledge and practice in agroecology.

These two regions of the world have lots to teach to each other and to the rest of the world. That is why in mid-September, Inter Pares staff members David Bruer and Eric Chaurette led a farmer to farmer exchange to India. The exchange brought together farmers from West Africa and Canada to learn about the inspiring work of our long-time Indian counterpart, the Deccan Development Society (DDS).

DDS works with 5000 Dalit women, organized at the village level through women’s groups (sanghams) and who practice biodiversity-based agriculture and who have had a tremendous impact in improving food security, nutrition, and restoring degraded lands. In addition to their ground-breaking work on agroecology they have also been a very important critical voice on the issue of genetic engineering.

A learning exchange in three stages

This exchange is the third of its kind. In 2012, a first exploratory exchange among West African farm leaders took place, followed by  a DDS visit to Senegal in 2013.

This time, West African farmers came to India to learn about biodiverse millet farming practices. They also learned about the tragedy of Bt cotton. These transgenic seeds have become a veritable nightmare for farmers in India.

Throughout the exchange, there was much discussion on the leadership of women, how they are confident and strong. For a region such as West Africa, where hierarchy and patriarchy are so marked, what the participants witnessed was at first surprising, and by the end of the visit, transformative.

This exchange was just another chapter in an unfolding story of solidarity and care for nature and humankind.

<< Read how the exchange unfolds – Day by Day – in this photo gallery.

Overall, the exchange was a success in so many ways. Farmers learned:

For DDS, having people travel from so far, from West Africa and Canada, to witness what they have accomplished, was also deeply affirming and meaningful.

The farmers from Burkina Faso, Senegal, and Canada promised to share what they had seen and learned with their communities and networks. They will also redouble their efforts to save and multiply their seeds and apply some of the techniques learned in India. Participants also pledged to organise screenings and discussions using the video BT cotton a Three-Year Fraud to raise awareness and resistance to Bt cotton Burkina Faso and beyond.

As for Inter Pares, we will continue to develop and nourish these bonds of solidarity among India, West Africa and Canada through more learning exchanges. We are also looking to secure funds to scale up the work that DDS and COPAGEN are doing and to share the many stories we have been entrusted with the Canadian public, and beyond, to further promote agroecology and food sovereignty.

This exchange was just another chapter in an unfolding story of solidarity and care for nature and humankind. 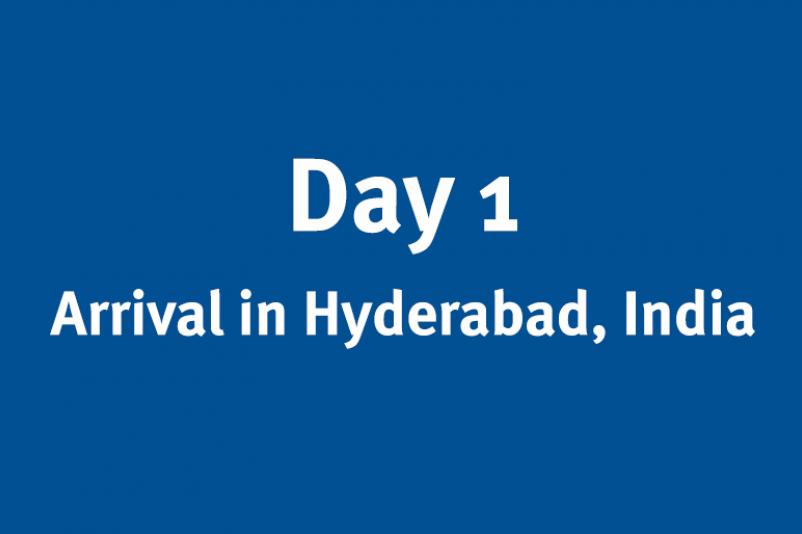