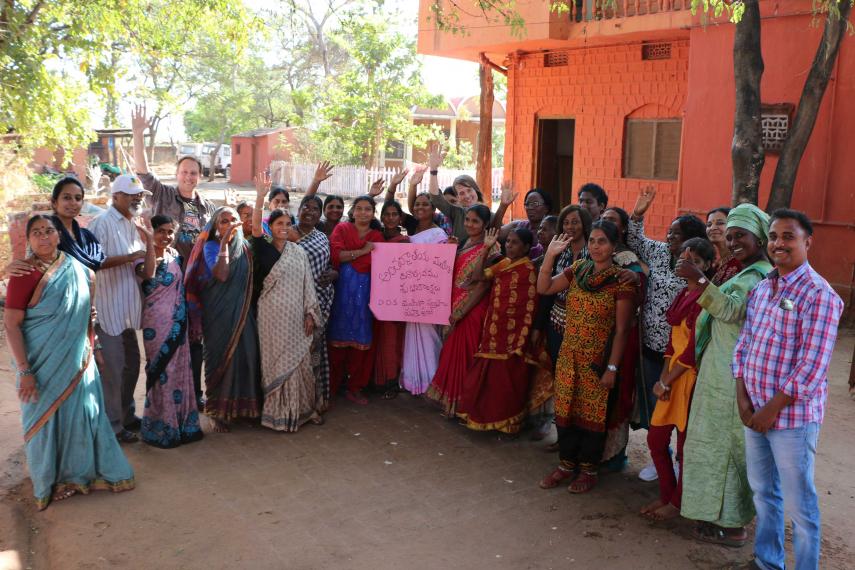 What do West Africa and southern India have in common? Quite a lot! Whether it be the presence of semi-arid climates, the reliance upon small-scale agriculture, or the introduction of genetically modified (GM) cotton, rural communities in West African countries and southern India face similar challenges.
In February 2017, Inter Pares organized a learning exchange, in which four activists with member organizations of COPAGEN, a West African biodiversity network, visited the Deccan Development Society (DDS) in Telangana State, India. DDS works with low-income, often non-literate women farmers, who have organized themselves into village-level collectives (sanghams), and who all practice ecological agriculture. In addition to growing and marketing organic dryland crops, DDS members engage in policy advocacy and are involved in an impressive range of projects: community radio and video production, health promotion, permaculture, seed preservation, watershed management, addressing conjugal violence, and youth leadership development.

It was the fourth time that the two organizations had spent time together, as DDS had once visited Africa, and this would be COPAGEN's third visit to India. Over the past several years, Inter Pares has been bringing these movements together, so that they can learn from one another and build mutually supportive relationships.

For this edition, there was a special focus on women's leadership; the four women from COPAGEN were very interested in studying DDS's grassroots model for women's empowerment and leadership development. They were also eager to share back the results of the three-year participatory research project on GM cotton that COPAGEN conducted in collaboration with Inter Pares, as the study's methodology was based on DDS' own similar study a decade earlier.

Learning from each others' successes and strengths

While in India, COPAGEN delegates were deeply impressed by the technical expertise of DDS farmers in dryland crop cultivation, by their marketing innovations and success in reaching urban consumers, and by the range of DDS's initiatives. Above all, it was clear how DDS's thirty years of participatory rural development have profoundly changed the lives of thousands of women and their communities for the better.

For their part, DDS members were thrilled to hear of how COPAGEN's farmer-led research study contributed to growing public debate in Burkina Faso on that country's use of Bt cotton, the form of GM cotton that is also grown in India. In 2017, Bt cotton was phased out entirely, as Burkinabé cotton companies could not find any buyers for the Bt cotton, which proved to be of inferior quality. Despite hundreds of thousands of suicides across India since Bt cotton was introduced - suicides which have been directly attributed to the terrible debts farmer incur through expensive Bt cotton cultivation that have brought low yields of poor quality - it is still cultivated in India. DDS members were also very interested to learn more about the success in advocacy and public mobilization that COPAGEN members have had in different countries.

When participants bade each other warm farewells, it was clear that this relationship was one that would last and continue to grow. Inter Pares is honoured to work with both DDS and COPAGEN to promote agroecology and food sovereignty as we walk the path together.

Inter Pares' counterparts, COPAGEN and DDS, are learning from each others' successes and strengths 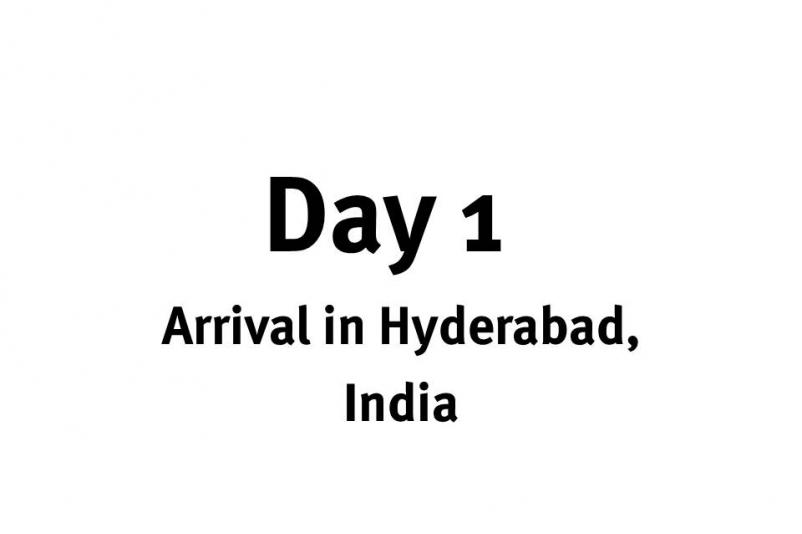