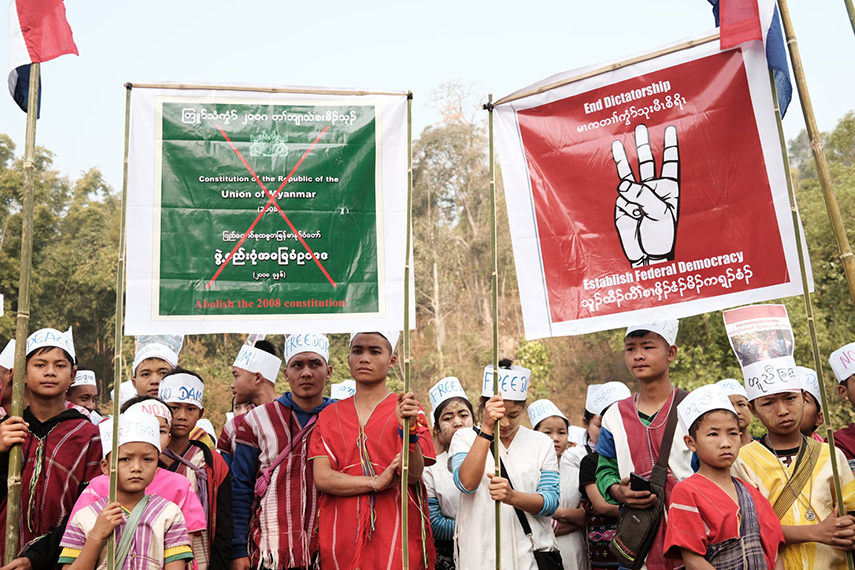 Htoo Myat and Mai Ra* smell smoke and tear gas, and hear military planes overhead. They join millions across Burma flooding the streets in defiance of the bloody military coup that on February 1, 2021 quashed what fragile democracy existed in the country. They hold signs and tweet slogans like “How many dead bodies are needed for the UN to take action?” and “You messed with the wrong generation”.

Htoo Myat is 21 years old. He grew up in the city and is a Bamar Buddhist, the dominant ethnicity and religion. He had heard from his parents about living under dictatorship, but that world was largely unfamiliar to him. The coup is what politicized him.

Today youth across the country decry a return to military rule. People of diverse backgrounds – ethnicity, religion, sexual orientation and gender identity – have shown a united front while educating others about their struggles. Youth are leading the intergenerational uprising, using creative tactics and social media to garner the world’s attention. The emerging leadership in Burma is not only younger but is more gender- and ethnically-diverse.

For decades, Inter Pares’ counterparts have sensitized their communities about human rights and democracy, including leadership programs for Indigenous youth, some specifically for young women. When the coup struck, Indigenous youth built on this foundation to help shift the messaging away from a return to the status quo, and towards a complete political restructuring: calling for a federal democracy that accommodates differences and respects Indigenous peoples’ rights, including the rights of Rohingya.

Inter Pares acts in solidarity with our counterparts and the youth of Burma, who are courageously seizing their future and refusing to accept the coup as a fait accompli.

*Given the security context, we have not named counterparts. The stories shared are a collective representation of experiences.

People of diverse backgrounds – ethnicity, religion, sexual orientation and gender identity – have shown a united front while educating others about their struggles. 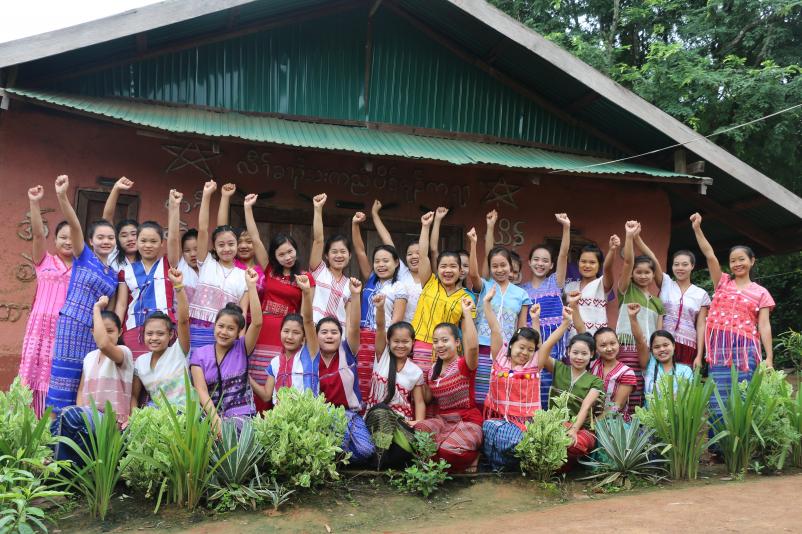