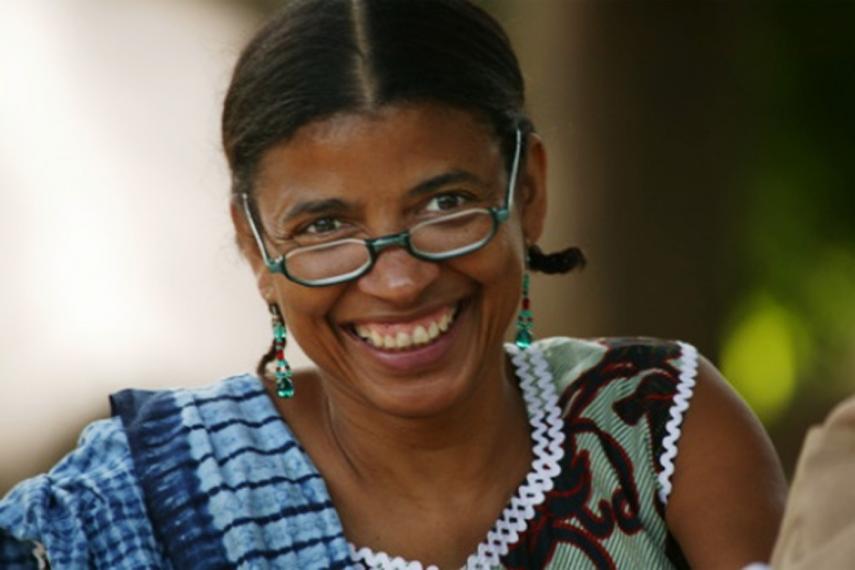 Augusta Henriques is the co-founder of Tiniguena, an organization in Guinea-Bissau dedicated to the preservation of biodiversity through citizen action and cultural emancipation. The name Tiniguena means this land is our land in the local Cassanga language.

Augusta is a long-time friend and colleague of Inter Pares. She has devoted her life to working for social change and peace in her own country and nurturing solidarity for justice with others around the world. As a girl and a young woman, Augusta lived through the struggle for independence from Portuguese colonial rule. As a student, she learned about Guinea-Bissau’s independence leader Amilcar Cabral. She was stirred by his writings, and deeply affected by his treacherous murder. Straight out of university, Augusta began working for the Ministry of Education where she met Paulo Freire. This world-renowned author of Pedagogy of the Oppressed and influential thinker and activist made a lasting impression on Augusta; she carried his teachings with her, working with the most marginalized to understand the underlying reasons for their conditions, and bringing people together to organize for change. This trajectory eventually led her and some close colleagues to found Tiniguena in 1991.

2011 marked the 20th anniversary of Tiniguena. Below is a message she sent to Inter Pares staff member Eric Chaurette, in recognition of Inter Pares' continued support:

"The relationship we have with Inter Pares is unique and inspiring. By providing us with some guidance and funding we were able to build an organization that has become a beacon of hope in Guineau-Bissau." 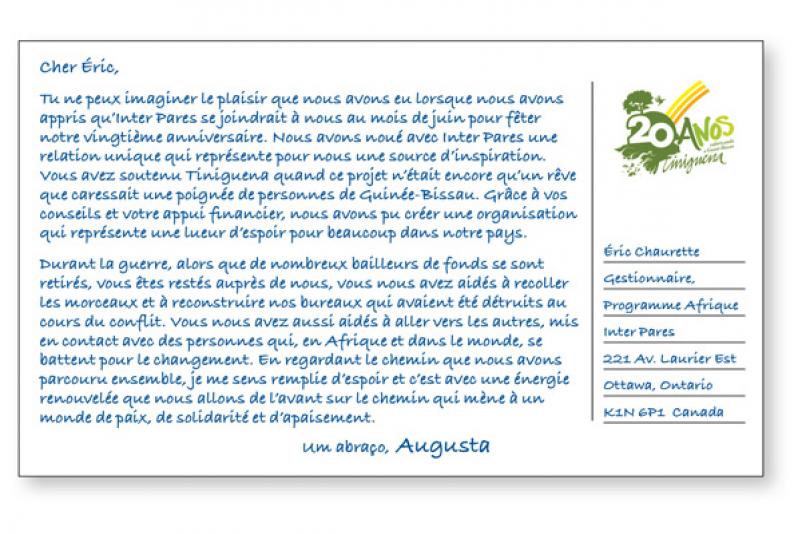