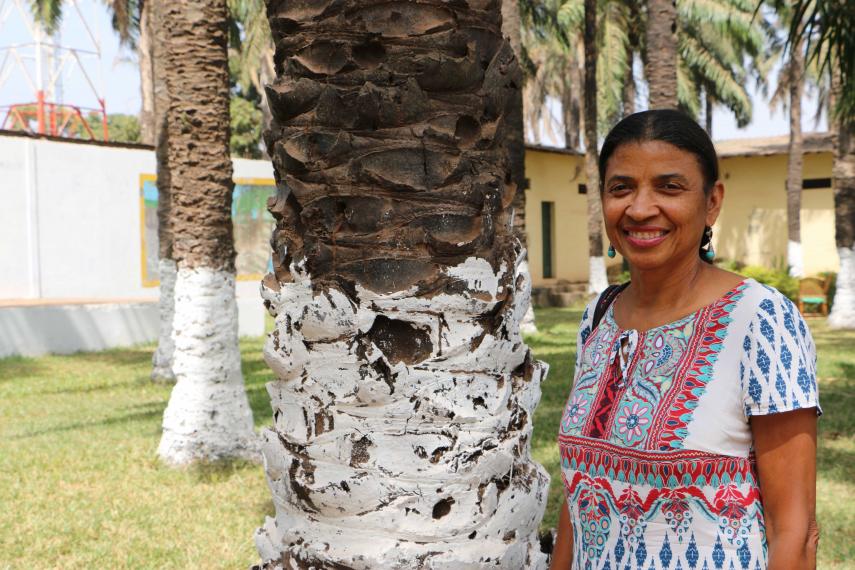 Augusta Henriques is passionately devoted to Guinea-Bissau, a country nestled on the western edge of Africa. In the early 1970s, as a young university graduate in Portugal, she was inspired by her country’s newfound independence and national pride, so she returned home to join the renowned Paulo Freire in his literacy efforts in the countryside.

When the young country, which was cash-strapped and burdened with colonial-era debts, began to abandon its rural development role and to turn it over to foreign NGOs, it was a wake-up call for Augusta. She realized that what the country needed was a people’s organization to work with rural communities. So in 1991 she cofounded Tiniguena, whose name means “this land is ours,” to help Bissau-Guineans steward their country’s rich natural and cultural resources, and to together build their future.

Through this work, Augusta’s passion for nurturing women’s voices and right to land was born. It angers her that despite being stewards of the land, working it to feed their families and communities, women cannot own or inherit land. It frustrates her that despite women’s natural leadership, politically their voices are seldom heard. Augusta is driven to challenge these patriarchical traditions that make women’s leadership and rights invisible.

Tiniguena works to ensure that women’s leadership and voices are promoted in rural communities, and that their right to govern their land is recognized. For instance, in the community marine protected area of Urok in the Bijagos islands, men tended to dominate the local governance structure. Through establishing a youth council and women’s council, Tiniguena is nurturing emerging women leaders, and helping to establish their authority among other leaders.