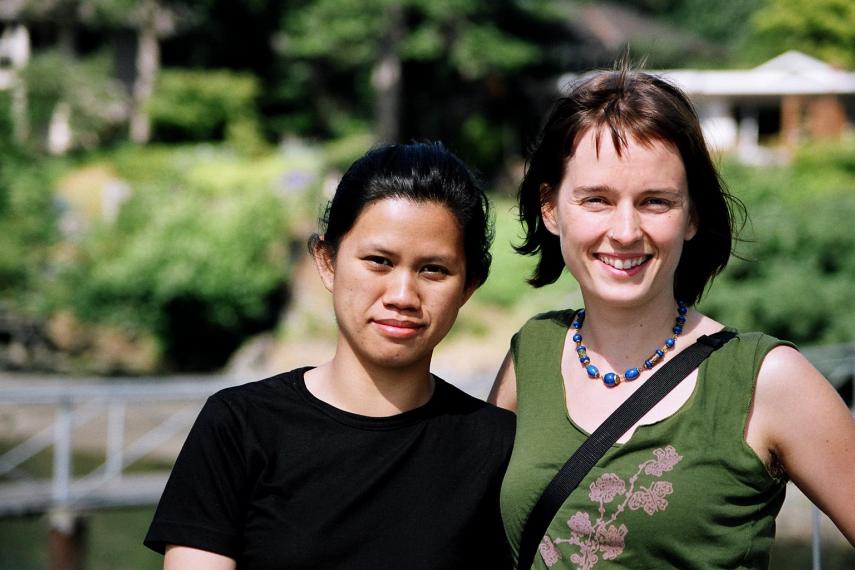 Charm Tong is in her mid-30s and loves maple ice cream. She jokes often and laughs openly. But as a refugee from Burma, feeling and expressing joy has not come easily. "I used to think that I couldn't have any fun, that I had to work hard all the time," she says. Now, laughing and feeling joyful has become Charm Tong's act of defiance against the brutal Burmese military dictatorship.
Charm Tong is Shan, an ethnic nationality in Burma. She spent her childhood, moving with her family from place to place within Shan State, in order to escape the repression of the military. Like Charm Tong, many Shans have taken refuge in neighbouring Thailand.

When she was seventeen, Charm Tong testified before the UN Commission on Human Rights on the situation of people in Shan State. Her presentation made such an impact that she was chosen to testify again the following year. When she speaks, Charm Tong never fails to move her audience with her honesty, sincerity and integrity. She was a delegate to the Winnipeg Conference on War-affected Children. She has also shared her experience with other youth from Angola, Cambodia, Colombia, Bosnia and Uganda in a project called Children as Peacebuilders, which explores the effects of war and conflict on children and youth. In 2001, she was nominated by Canadian Friends of Burma, an organization Inter Pares supports and collaborates with, to participate in a three-week intensive human rights course, given by the Canadian Human Rights Foundation in Montréal. Charm Tong is a strong believer in the ability of young people to change themselves, their lives and the world.

Inter Pares came to know Charm through her work on the Coordinating Committee of the Shan Women's Action Network (SWAN), an organization that Inter Pares has supported since its inception in 1999. Through SWAN, Charm has been involved in projects related to the trafficking of women from Burma into the Thai sex industry, and education services for the children of Shan migrants.

Charm Tong has traveled widely to expose the ongoing exploitation of women and children in Burma and Thailand. She is fluent in English, Thai, Mandarin and her native Shan, and her effectiveness as a human rights campaigner has increasingly attracted the attention of the global community. Her recent advocacy trips have included meeting with U.S. President George Bush (2005) and with British Foreign Minister Jack Straw and British MPs (2006), and speaking at the opening ceremonies of the World Peace Forum in Vancouver (2006). Charm Tong has been named one of the "Women of the World" by Marie Claire magazine (2004), received Reebok's Human Rights Award (2005), and profiled by Time magazine as one of several "Asian Heroes" (2005).

Charm's involvement in so many activities, both local and international, reflects her deep commitment to the dream of an inclusive, democratic Burma. Her dedication and courage continue to inspire and mobilize everyone who works with her towards a more just and equitable world.