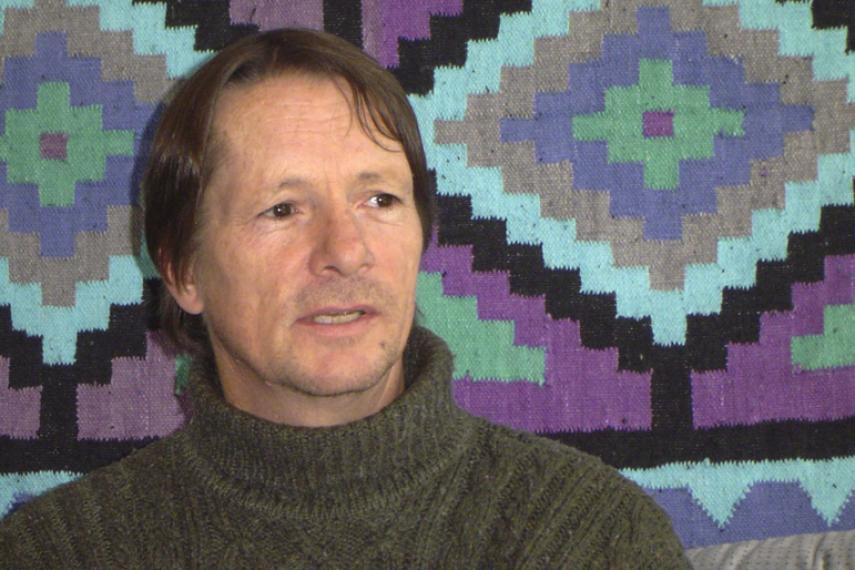 At our 2010 Annual General Meeting, Peter Gillespie reflected on more than two and a half decades with Inter Pares. Here is some of what he said.

What I thought I would do tonight is to tell some stories to show what Inter Pares does and has been doing since this organization was created thirty-five years ago.

I have been privileged to work with some of the most extraordinary people in the world: anti-poverty workers, human rights activists, people in the anti-apartheid movement and anti-dictatorship struggles in Bangladesh, Indonesia, the Philippines and Burma. These people knew that democracy, human rights and social justice were values worth devoting their lives to and risking their lives for. Remarkably, even in the face of danger, they organized; they developed farmer’s cooperatives, women’s organizations, health and education programs for displaced people, services for the survivors of torture and violence. It has been an honour to accompany these struggles – although I am still haunted by the loss of friends and colleagues along the way.

I have also had the privilege of working with some of the most marginalized people in the world: with rickshaw wallahs in Bangladesh, whose generosity despite their poverty always humbled me; with landless people defending themselves from forcible eviction; with sugar workers in the Philippines, working to dismantle a feudal system that had trapped them and their families for generations; with refugees from Burma who, despite mortal danger, organize health teams to go into war zones to serve displaced communities.

Part of what makes Inter Pares unique is that we have always considered Canada as part of the terrain in which we work. When I joined Inter Pares in 1985, we were addressing the medicalization of women’s health and the targeting of women by the pharmaceutical industry. Our work engaged Canadian women’s health activists and incorporated parallel experiences of women in Bangladesh. Throughout the 1990s, in Canada and overseas, we worked on reproductive rights issues, challenging top-down, coercive and often forcible sterilization programs that targeted poor women in places like Bangladesh and Indonesia, as well as aboriginal and disabled women in Canada.

Inter Pares also participates in debates about Canada’s role in the world – on regulations for Canadian mining companies operating overseas, on agrofuels, and on the need for an ethical framework for the Canada Pension Plan Investment Board.

In recent years we have been working with Burmese refugees in Malaysia, supporting their efforts to organize for their own protection. To be a refugee in Malaysia is to be criminalized. Malaysia is not a signatory to the UN Convention on Refugees, and views refugees as illegal migrants. So these people – already forced to flee their homes – are subject to arrest, extortion, detention, flogging and deportation. Refugees are frequently sold by Malaysian immigration authorities to traffickers who in turn sell them as slave labourers to the plantations and fishing fleets. Women refugees often simply disappear. The Malaysian government has organized civilian vigilantes to hunt refugees – paying these vigilantes a bounty for every refugee they bring in.

You can imagine what happens.

Several years ago I visited one of the jungle camps in Malaysia where a group of forty refugees lived. The camp was in a ravine full of mosquitoes and people slept on bamboo platforms with plastic sheeting overhead. On the only level ground they built a chapel. As they gathered at the chapel, I sat and listened to their stories. Every few months, they told me, the police would sweep through on horseback; the refugees would run into the jungle while the police burnt everything. After a few days they would return and re-build. Some of them had lived in the camp for ten years.

When it came time for me to leave, an older man stood up. He was crying. He said, “That someone from so far away cares enough to visit us makes my heart weep.”

I think that’s a pretty good description of what Inter Pares does. We try to shine a light on what is happening to the most marginalized people in the world. And we try to support their own efforts to achieve safety, security and justice.

Nominations are now open for the 2020 Peter Gillespie Social Justice Award. Honour a youth-led or youth-focused organization in Canada by nominating it for the Award.

I have been privileged to work with some of the most extraordinary people in the world […] These people knew that democracy, human rights and social justice were values worth devoting their lives to and risking their lives for.