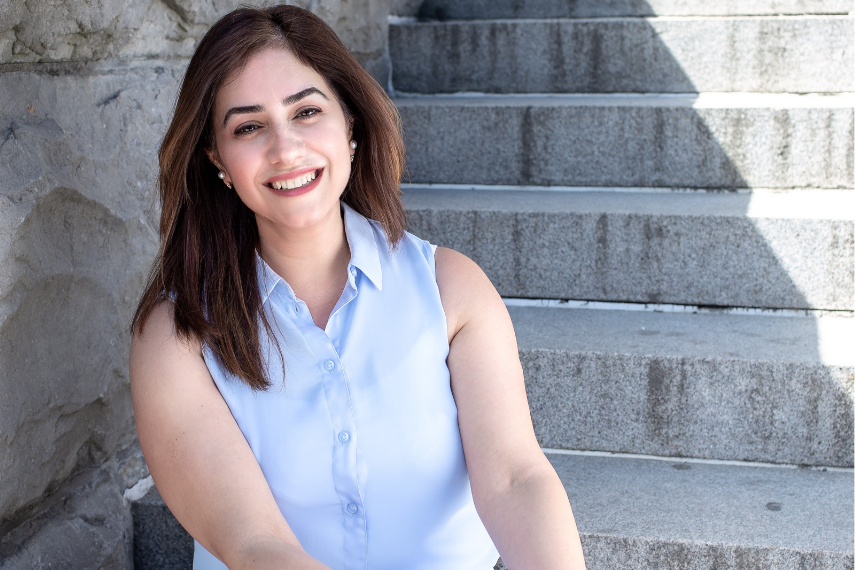 Having grown up in Iraq, Rasha Hilal Al-Baiyatti knows all too well the danger of restricting free speech and democracy. She has seen first-hand the consequences of a brutal government crack-down on civil society.

This is why Rasha – an Inter Pares staff member – is now passionately involved with the International Civil Liberties Monitoring Group (ICLMG). Inter Pares is a founding member of ICLMG, and in 2018 Rasha was elected Co-Chair of their Steering Committee. For Rasha, this role is personal, professional, and political.

ICLMG was founded to protect human rights and freedom of expression from encroachment by the Canadian state. It seeks justice for individuals targeted by an “anti-terror” agenda. ICLMG challenges growing social and legal intolerance and xenophobia in the name of national security.

In 2018, ICLMG launched a campaign to address concerns about Bill C-59, the so-called new National Security Act. Among its problematic measures,the bill empowers national security agencies to conduct mass surveillance by collecting bulk data on Canadian citizens with no requirement that it be lawfully obtained. Data can be used to repress dissent and place further restrictions on already marginalized communities. In the name of counter-terrorism, elements of this legislation dilute civil liberties and fuel fear of “the other.”

Rasha warns that we not allow this fear to erode our freedom. Too often, national security legislation reduces our freedom, without evidence that it makes us any safer. Rasha continues to support ICLMG to prevent Canadian society from moving further towards a climate of repression and injustice, and to promote civil liberties and our fundamental rights and freedoms.

As many as 100,000 canadians could possibly be falsely flagged on the no fly list simply because of the number of people with the same names.