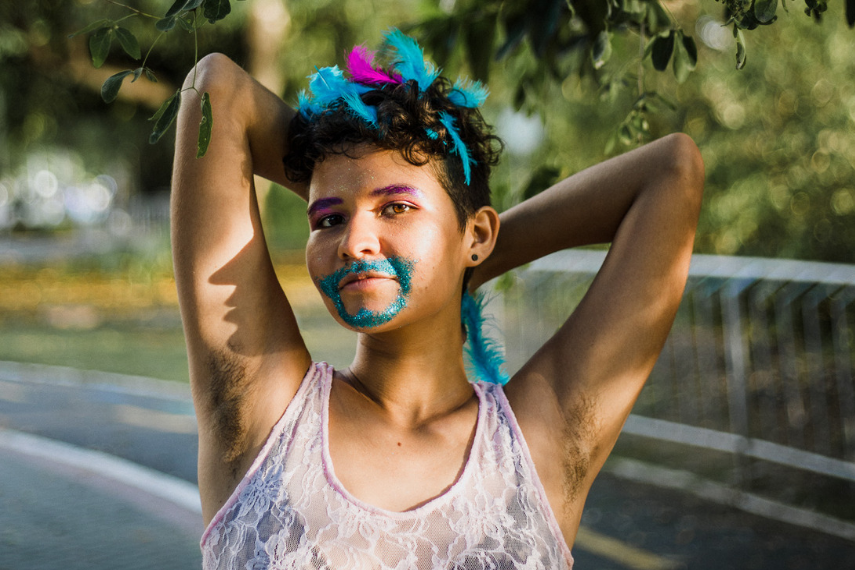 From an early age, Tatiana Galera Cueto witnessed first-hand the impact of illegal armed groups in her native Cordoba, located in Colombia’s northern Caribbean region. A largely rural and politically conservative area, Cordoba has long been a corridor for drug trafficking and armed conflict. In collusion with landowning elites, paramilitary groups targeted individuals who challenged the highly unequal status quo by carrying out assassinations of social leaders, conducting massacres and forcibly displacing entire communities. Reinforcing machista and patriarchal norms, these militias also conducted “social cleansing” operations, systematically erasing any trace of sexual and gender diversity and giving Cordoba the notorious distinction of having the second highest rates of LGBTI victims in the country.

As a form of resistance, Tatiana and other LGBTI individuals and allies came together in 2012 to form Poder Mestizo (Mestizo Power). The group has since become an important social actor in Cordoba, providing a platform for diverse youth to express themselves through art, music, dance and social mobilization. Poder Mestizo has also contributed to efforts to build peace with justice, by raising awareness about the conflict’s impact on LGBTI people so that their truth becomes an integral part of the official history.

Poder Mestizo is one of 48 grassroots groups supported in 2018 by Inter Pares counterpart Fondo Lunaria. For Tatiana, “This support has strengthened the leadership skills of our members and enabled us to build something of our own in an area where that had never existed. It has motivated us to continue because now we know there are many other people and organizations throughout the country, even in more difficult circumstances, working for the same thing.”

Poder Mestizo is one of 48 grassroots groups supported in 2018 by Inter Pares counterpart Fondo Lunaria.