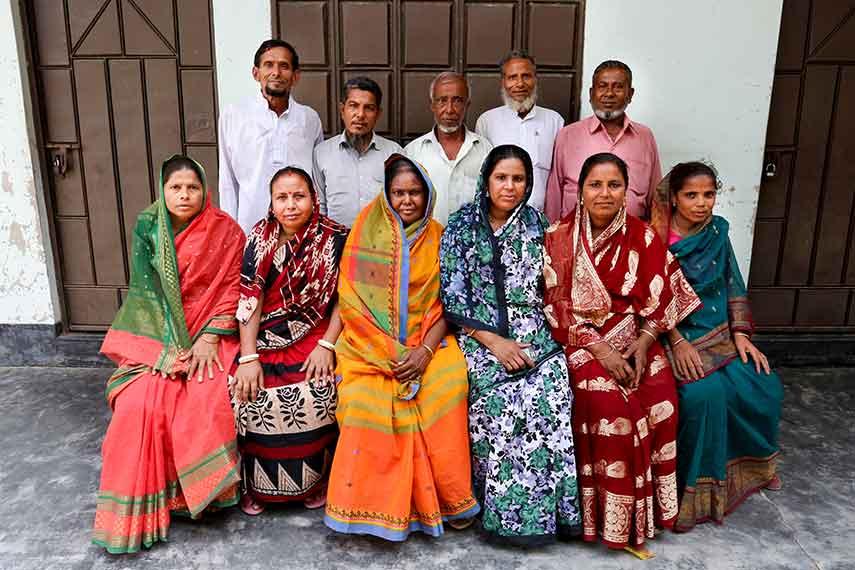 Landless people in Bangladesh occupy a low social status in the country. In rural areas, this status restricts their access to meaningful employment, education, social services and political representation. With the support of Nijera Kori, Inter Pares’ long-term counterpart, landless people have been coming together in small groups to demand their rights and claim their entitlements. Nijera Kori supports over 220,000 landless group members across the country, that are organized into almost 11,000 landless groups*.

In the spring of 2019, Inter Pares traveled to Bangladesh to meet with landless group members and hear first-hand what change they have seen in their community, and their own lives, over the last twenty-five years.

Here is what they shared. 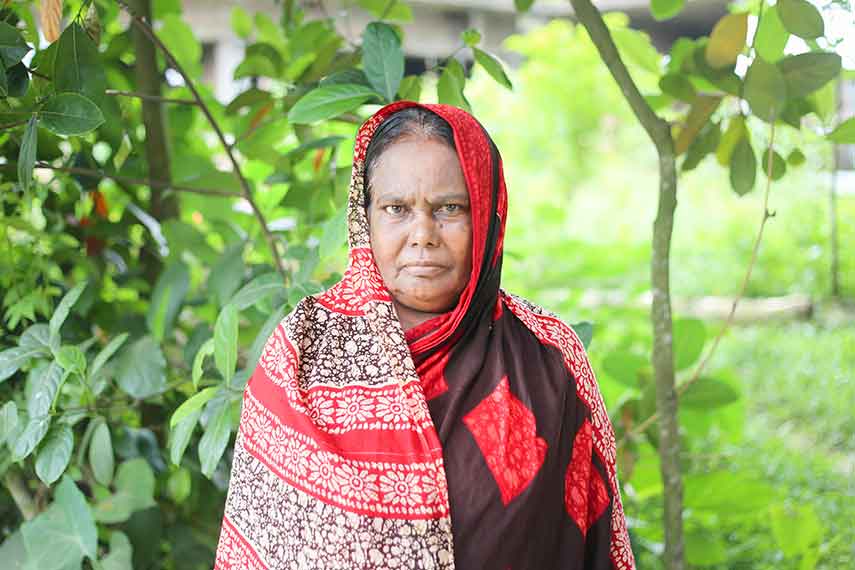 “I used to try to have tea with my sister, but the Imam in our community would send us away from the tea stalls. As women, we were not welcome. In response, I started to walk around wherever I wanted, and say to the men around me, ‘I have the right to be here just as much as you do.’ My sister supported me. We decided it was time to reclaim the tea stalls in our community. I spread the word to other women landless group members to gather in the market. We stood there, together, to reclaim the space. It worked. It was harder for the Imam and the men to turn away a larger group of people, than it was to turn away just one.”

Begum Rokeya is the leader of her village committee and union committee. She has been awarded the Joyeeta award by the Government of Bangladesh in recognition of overcoming challenges in her community to make positive change for women.

Nijera Kori assists landless groups through a methodology they call social mobilization. When the landless groups face a problem – like limitations on women’s mobility – they often use mass protests as a way to make their voices heard. 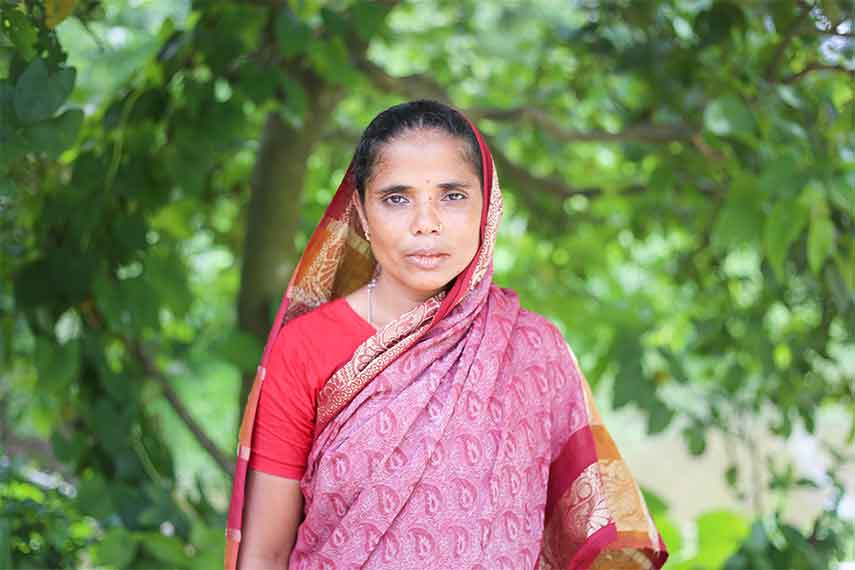 “I was married in 1988. When we were newly married, my husband and others in the community were abusive. If there was a dispute with my husband, I would pay the price. Eventually I heard about Nijera Kori and started coming to their workshops. With the support of my landless group, I started my own business to sell saris. Unfortunately my family was not supportive. The abuse grew worse. My husband did not approve of my working. But I stayed with it. I made the case to him that he could not support our family on his own, and I was now contributing to our household income. He could not deny this. I got Nijera Kori involved, and they came to our house to speak to us about equality and why abuse against women is unacceptable. Eventually, the abuse stopped. My husband is now a member of a landless group, and supports our work in the community.”

Jobeda Begum is the treasurer of her landless group.

Violence against women is a very serious issue in Bangladesh. An astonishing 53% of all women have experienced intimate partner violence at least once in their lives, 24% in the last twelve months. Through their participation in the landless groups, women, and men, learn about gender equality issues and women’s rights and gain the confidence to claim their rights. It is often the case that a woman joins the landless group first and the man joins later on. 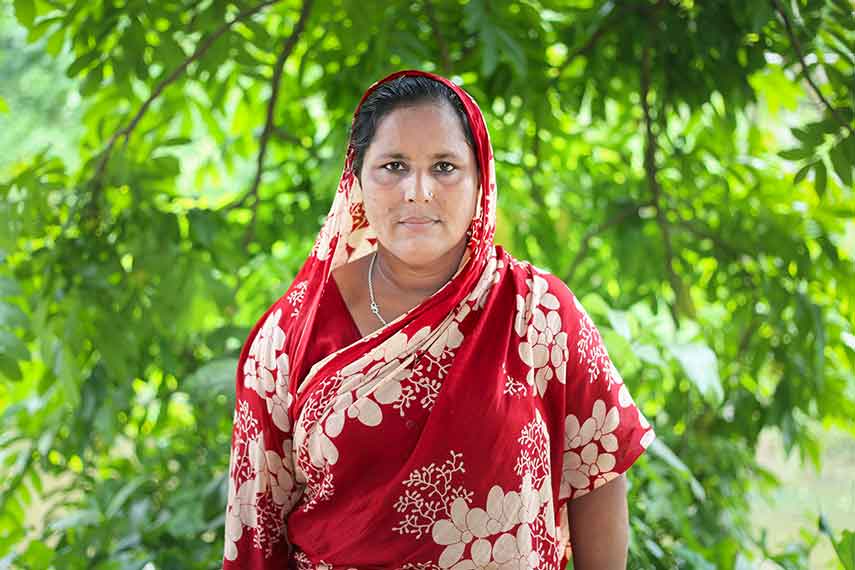 “25 years ago, fundamentalist groups wouldn’t let us, women, move freely about our community. We couldn’t leave our homes without wearing a burka. We couldn’t work in the fields. Young girls, 12 or 13 years old, would be married. But now, it is more relaxed. After struggling for 25 years, we have more freedom than before. Our landless group works together with the union committee to stop child marriage. And we are encouraging other women to join our group to continue the struggle.”

Nazma Begum is the treasurer of her landless group. She has been awarded the Joyeeta award in recognition of overcoming challenges in her community to make positive change for women.

Child marriage is very common in Bangladesh. 59% of women aged 20 to 24 are married or in union before the age of 18. The landless groups have been very effective in stopping this problem in their villages, by educating others about the harms of child marriage and encouraging them to join a landless group. 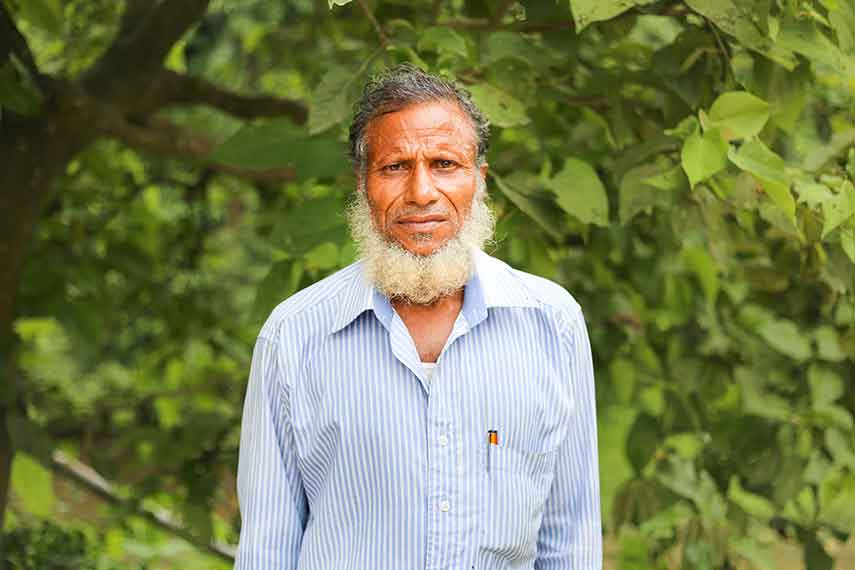 “I formed landless groups in my village. At the beginning, we had 50 members. We would go around the community raising awareness and forming new groups. Since I have been part of a landless group, my life has been smoother. Once I joined the group, I realized how much easier it was to run a family when you have and accept the help of your partner. Now, we consult over decisions. Every decision we make we make together. Our life is better this way.”

Abdul Alim is the secretary of his landless group.

In their work with the landless groups, Nijera Kori places a lot of emphasis on raising men’s awareness of gender issues. As a result, men are now taking on more household tasks and sharing decision-making in the home with women. 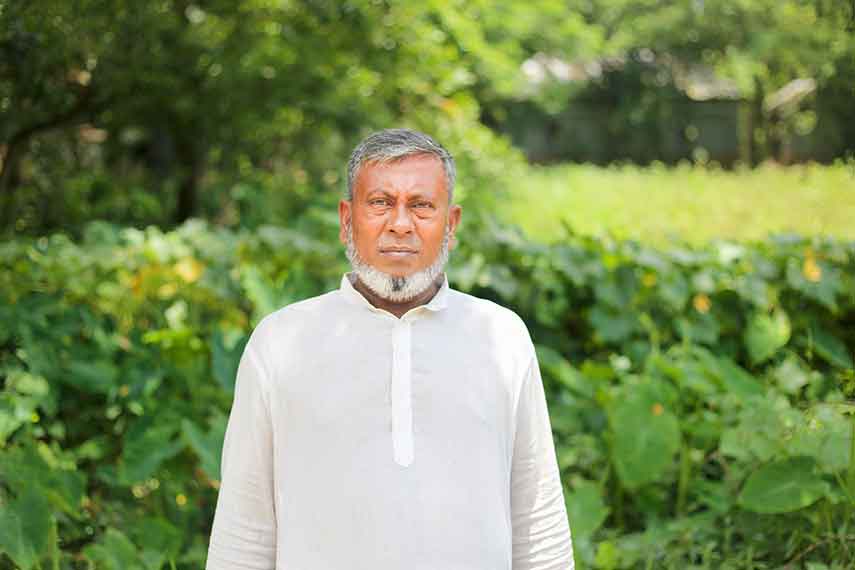 “It’s becoming easier to know about early marriage. Girls are now going to school, and because of that, we can trace their age. If we hear that a girl has been absent from school, we find out what is happening. If it is because of early marriage, we organize to stop it. There are incidents of early marriage happening in other villages, but around here we have managed to decrease it. The rate of physical violence was also higher twenty-five years ago. Because of our work with Nijera Kori, and in our community, we have a stronger voice against violence and Sharia law practices in our community.”

Fojor Ali is the union leader for his landless group, which he has been a member of since the 1980’s.

Men and women in landless groups work to stop child marriage and violence against women. They control these problems within the membership of the group, but also take action outside of the group by talking to families where they know of situations of domestic violence, and pressuring police and local officials to take action against it. 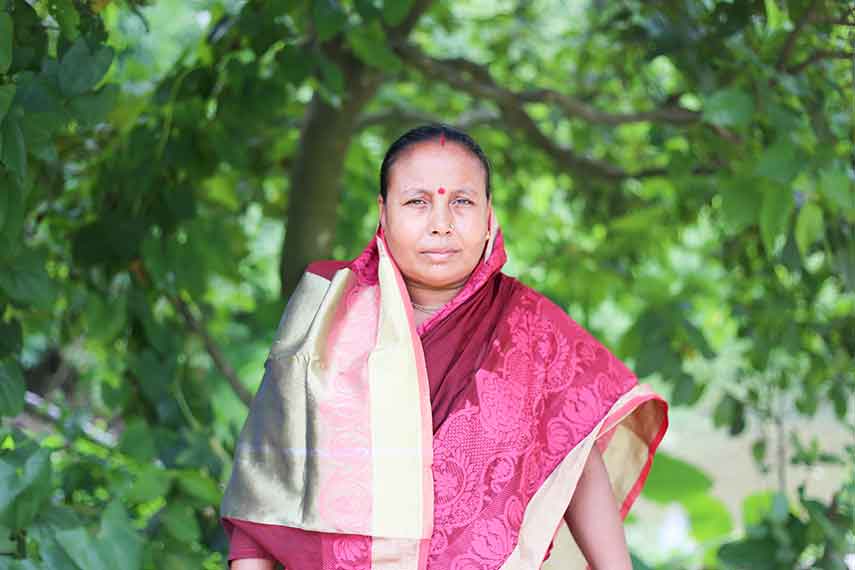 Shilu Rani is the secretary of her landless group.

Bangladesh is a Muslim majority country but has a significant Hindu minority that has faced wide-spread discrimination and violence. Nijera Kori is a secular organization and defends the rights of all people regardless of religion. 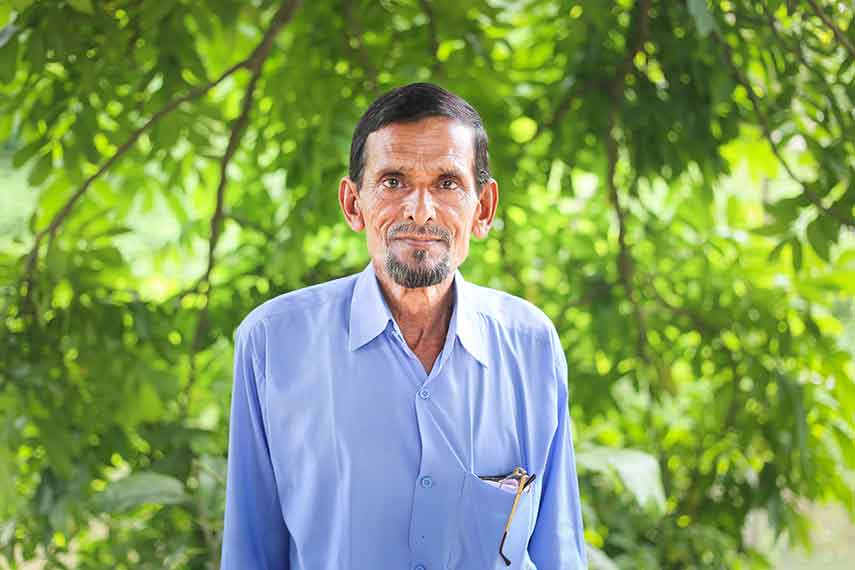 “Our landless group has received a lot of awareness programs on early marriage, we learned what the legal age is to be married. And so we started working against early marriage. Just recently we stopped an early marriage from happening. We learned of a marriage that was going to happen and so we went to the Ministry of Women and Children with the child and her mother, who had arranged the marriage. They arrested the mother and stopped the wedding. The girl was 14 years old.”

Abdul Baten Sarkar is the secretary of the village committee and leader of the area committee.

Nijera Kori accompanies landless groups in learning about the laws of Bangladesh, and their rights and obligations under these laws. Landless groups believe that state institutions – the police and the government ministries – have an obligation to enforce the rule of law and see part of their role as holding these institutions accountable.

Inter Pares would like to thank Nijera Kori and the landless group members for sharing their time and experiences with us.