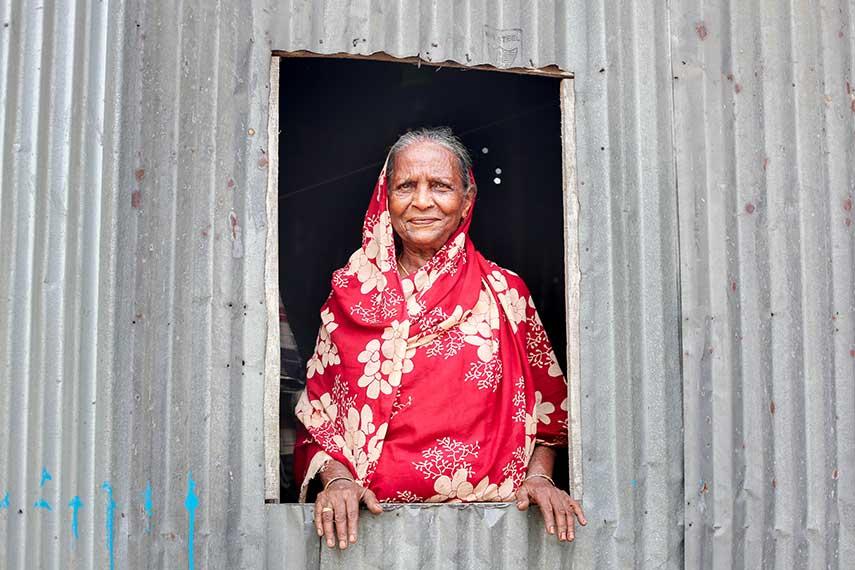 In Rosulpur, Bangladesh, women and men gather as they have every week for the last 35 years. They sit in a circle, on folding wooden chairs and benches, in a room. It is 30 degrees outside and the heat is felt in this crowded space. Posters of International Women’s Day marches of years past cover the walls. The sounds of the bustling community drift in through the open windows with the breeze.

These are some of the landless people of Bangladesh.

To be landless, like those gathered, means a life that is rife with hardship. In Bangladesh, to own land is to enjoy political power and wields social influence. Landless people in Bangladesh occupy a low social status in the country. In rural areas, this status restricts their access to meaningful employment, education, social services and political representation.

But landless people across Bangladesh, with the support of Nijera Kori, have been coming together for the past four decades to claim their own power. To connect, learn, share and organize.

Established in 1980, soon after the country claimed its independence from Pakistan, Nijera Kori remains rooted in political and collective action. The organization was formed by people dissatisfied with the development sector’s shift to service delivery, versus capacity building and awareness raising. To counter this approach, Nijera Kori began to mobilize landless people in rural areas by bringing them together in small groups to demand their rights and claim their entitlements as citizens. Today, across the country, Nijera Kori supports over 200,000 group members.

“I am my own person. I have my own voice. My voice is louder than others speaking against me.”

Achia Begum is among those seated around the circle. The oldest member of this particular landless group, Achia brings decades of zeal and resistance to their collective.

Frustrated by the exploitation of landless people and violence against women in her community, Achia wanted to take action to make her life, and her community, better. She learned of Nijera Kori in the mid-1980s and helped to form one of the first groups of landless people. She recruited 60 people – a group so big it had to be broken into three smaller groups. She has since formed several new groups, often in surrounding communities. In this, she takes great pride. “There is no group I cannot form,” she says with a confident smile.

To be a woman and landless in Bangladesh is doubly challenging. Achia has lived a difficult life. As a girl growing up in Rosulpur, she had no access to education. “If education had been accessible in my time,” she imagines, “I would have been a judge.” As an adult, landgrabbers violently pushed her off what little land she owned, wanting to use the land for profit. They left her with visible scars across her face and forehead. That was 17 years ago. Achia is still fighting to have her land returned to her, a battle the landless group has supported her to continue.

Landgrabs are a worldwide phenomenon of massive land acquisition where entire farming communities are left landless. Landgrabbing is a significant issue in Bangladesh, where wealthy families and corporations, wielding social power and driven by greed, force peasants off their lands through violence and fraud. The result is displaced peoples who no longer have access to the farmland they depend upon for their livelihood and wellbeing.

“If we are united, we are stronger.”

Throughout this struggle, Achia has found strength in the landless group. “We can’t fight back if we are individuals,” she asserts. “If we are united, we are stronger.” Achia has also found safety in the group, as if a protective barrier has been formed around her, one that emboldens her to support others.

Every week, like this week, she comes together with her group. Accompanied by a Nijera Kori staff member, they talk about issues in their community and discuss how to address them. Nijera Kori plays a significant role in supporting landless group members to learn how they can respond to violence in their community – whether it be opening spaces for dialogue with community members and decision makers, navigating the justice system, or coming together en masse in the streets to demand change.

“We have been working for 35 years,” Achia states. “In those years, things have changed a lot. Previously people wouldn’t listen to us, or to each other. Now, when we don’t agree with what is happening, we protest, we communicate with each other. We are strong today.”

As the meeting draws to a close, the members filter outside into a small courtyard. In Nijera Kori tradition, the members begin to sing. On this particular occasion, they begin to dance. At the heart of their circle, hands in the air, is Achia. 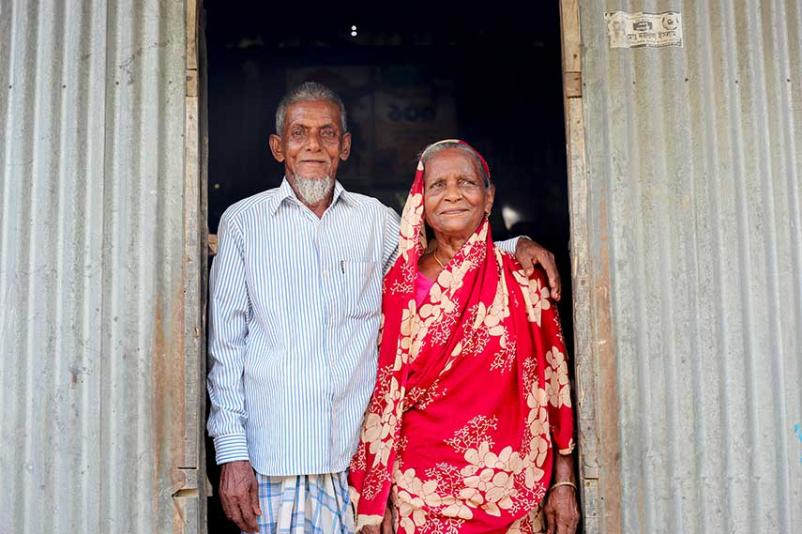