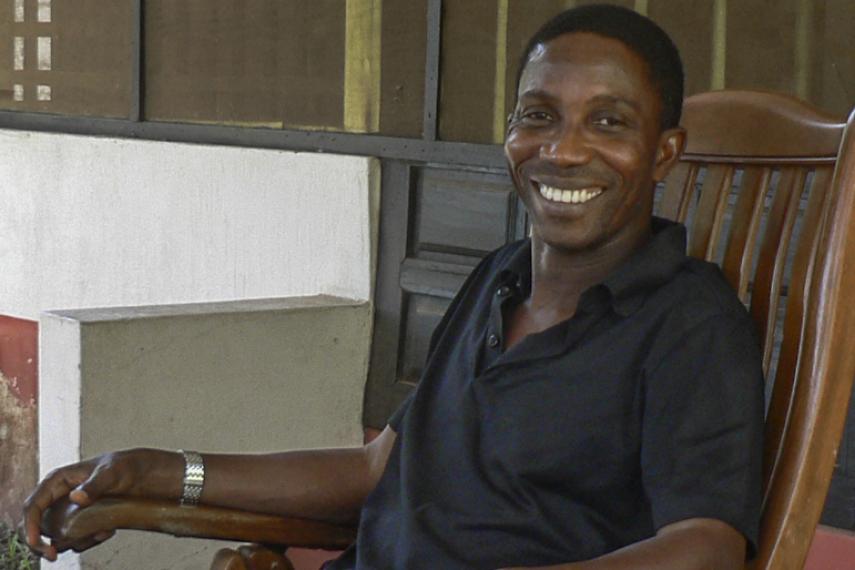 In 1982, as a young Ph.D. student, Yao Graham made a radical decision – he left a full scholarship in England to return to his native Ghana and join the struggle for social justice.

It was a pivotal period in Ghana’s history. For the next seven years Yao worked amidst political upheaval defending workers’ rights. He endured imprisonment and violence. Those years cemented Yao’s deep conviction that the imbalance of power between the marginalized and elite in all societies needs to fundamentally change.

Eventually Yao completed his studies and co-founded Third World Network-Africa (TWN-Africa), an organization that Inter Pares has supported since its creation in 1994. Through Yao’s leadership and the expertise of its staff, TWN-Africa has become one of the continent’s leading policy and campaigning organizations on economic justice and the environment. TWN-Africa conducts research on issues such as resource extraction, climate change, and the economy. It critiques national and international policies, and proposes solutions that address local, national, and pan-African concerns.

TWN-Africa has successfully led the movement to transform the debate on mining in Africa. In the late 1990s, the organization was accused of compromising economic stability due to its critique of structural adjustment, foreign investment, and resource extraction. Today, governments have realized the very limited benefits of their relationship with foreign corporations and have enlisted the expertise of organizations like TWN-Africa to help change that relationship. According to Yao, just a few years ago, this was unimaginable.

TWN-Africa analyzes mining projects for their impact on community well-being, human rights, the environment, and the economy. Through the establishment of the National Commission on Mining, they have helped mining-affected communities in Ghana hold government and corporations accountable to local concerns. And TWN-Africa has broadened its impact across the continent through founding a pan-African network called the African Initiative on Mining, Environment and Society.

Yao’s life’s work is evidence that persistent, informed advocacy, coupled with strong social organizing and mobilization, can create change. Inter Pares will continue to collaborate with TWN-Africa in its quest for greater transparency, accountability, and justice in Africa and around the world.

Today, governments have realized the very limited benefits of their relationship with foreign corporations and have enlisted the expertise of organizations like TWN-Africa to help change that relationship.