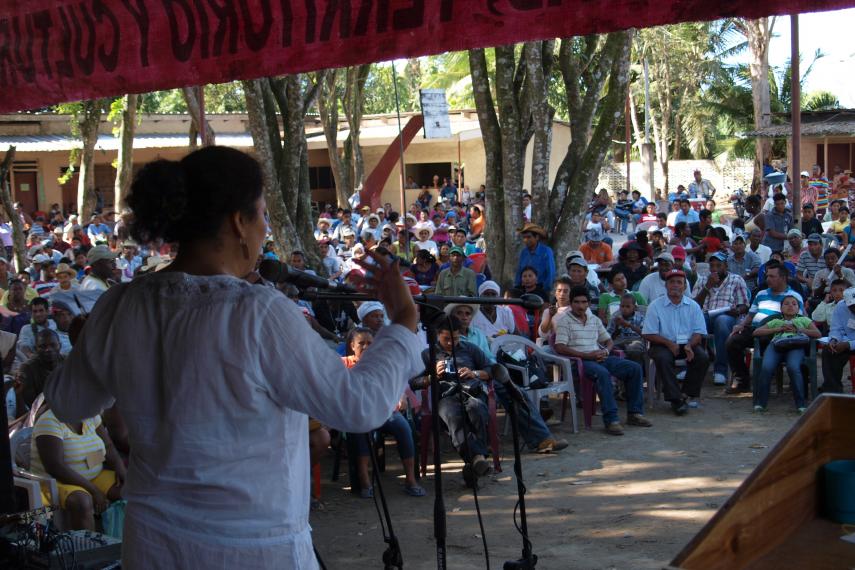 Inter Pares has joined with 23 other Canadian civil society organizations to express concern regarding  the report of the Extractive Sector Corporate Social Responsibility (CSR) Counsellor following his visit to Honduras. As detailed in a letter sent to Canada’s Minister of International Trade, we believe the report shows a misunderstanding of the reality and dangers facing human rights and environmental defenders on a daily basis, as well as the nature of the solidarity ties between local activists and Canadian organizations. Moreover, by targeting specific allied Canadian organizations, we consider that this report could have negative consequences for human rights defenders in Honduras, regardless if they are Honduran or Canadian.

A Global Witness report released last month described 2016 as the worst year for environmental activists and land rights activists, with 200 murders recorded, 60% of them in Latin America. Honduras remains the most dangerous country per capita in the last decade with 127 murders since 2007. As an organization working closely with human rights and environmental activists from around the world, unfortunately we witness all too often the enormous risks these activists face on a daily basis, as well as the importance of preserving spaces where abuse can be reported safely. It is urgent to take action and put an end to the climate of insecurity surrounding these defenders.