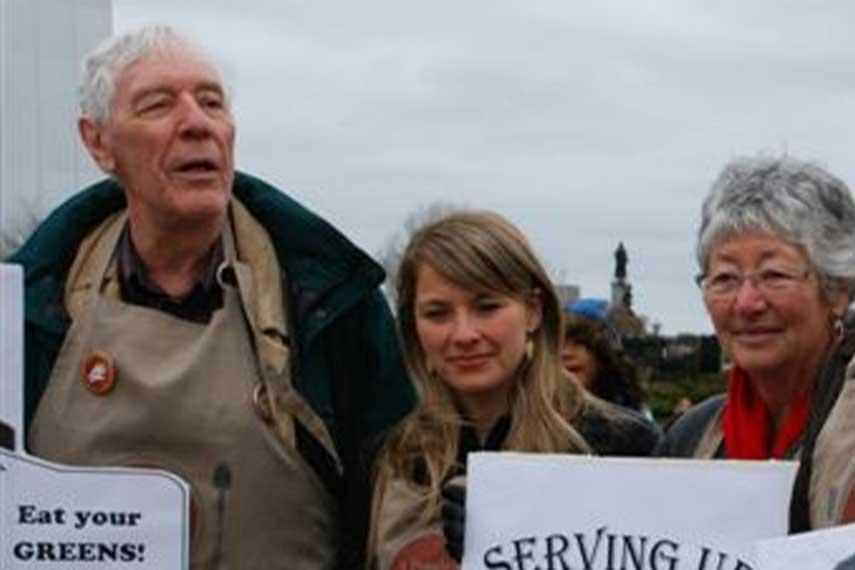 Pat Kerans (left) at the launch of the People's Food Policy on Parliament Hill.