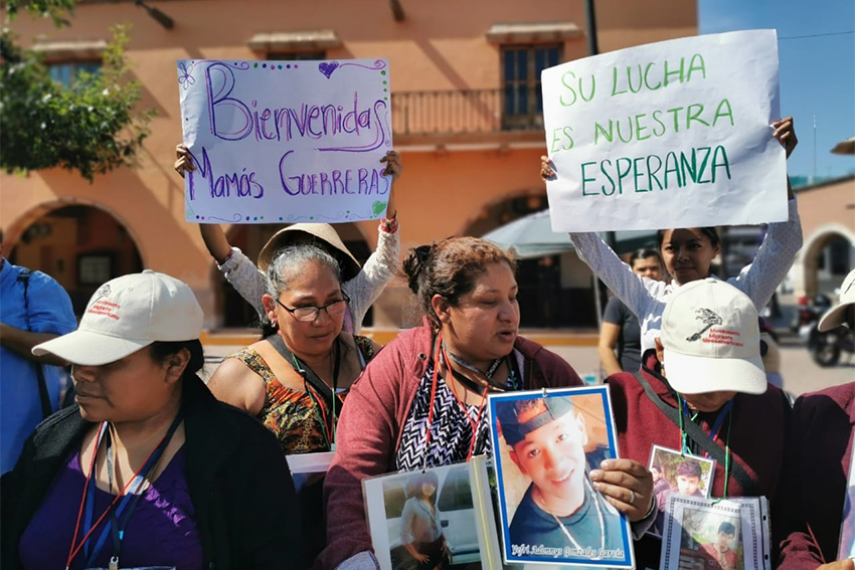 With COFAMIDE’s help, María Elena reported the disappearance of her son and found support among members. “I used to cry and cry. I didn’t speak up.”, she says. As she became part of a community of people who shared similar experiences, she became stronger: “The tears turned into strength, courage, and struggle.” Today, she supports other families, while continuing her own search.

Once a year, COFAMIDE participates in a caravan of mothers who travel through Central America and Mexico to investigate the whereabouts of missing migrants and to raise their profile. It was in Chiapas, Mexico as part of one of these caravans that María Elena found the first clues to Heriberto’s whereabouts in six years. Going door to door along a well-known migration route, she met a couple who recognized the handsome young man with wavy hair in the picture she showed them. He had been sick with fever; they had helped him. She later found additional clues in the same region, and hopes that he is living and working there.

There was no single reason why Heriberto Antonio Gonzalez Larios decided to leave El Salvador. An affectionate joker who liked to tease, he was about to start a family and was eager to work. But certainly violence and the lack of opportunities compelled Heriberto, and an estimated one fifth of the country’s population, to leave.

Like so many others, María Elena is determined to keep searching for her son and to accompany other families, so they know that they are not alone.

This Mother’s Day, honour someone for the change they’ve made in your life. Give a gift that supports María Elena and mothers around the world working for positive change for their families, communities, and societies.