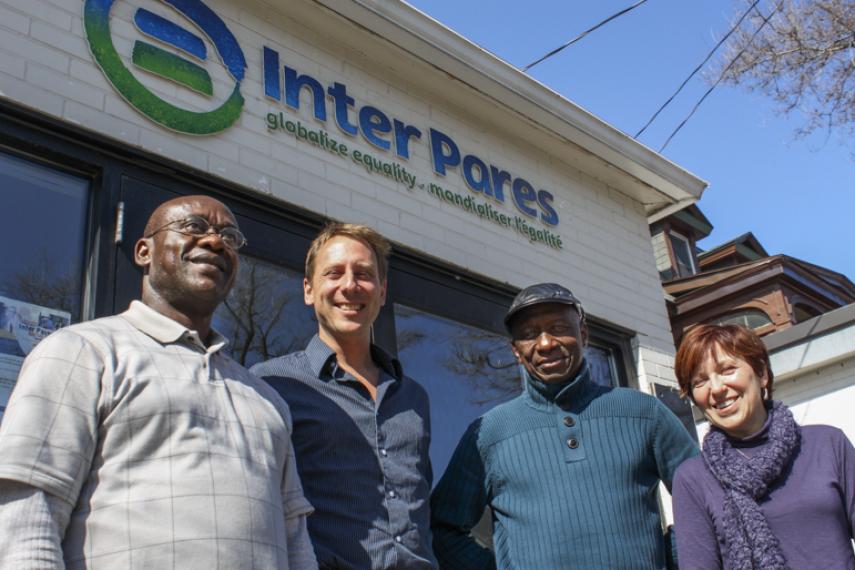 In February 2013, Inter Pares staff member Eric Chaurette travelled to Côte d’Ivoire to help facilitate an international workshop on massive land acquisitions in West Africa. In a region vulnerable to food insecurity, these acquisitions, known as “land grabs,” are an increasing cause for alarm.

This is the case for the community of Fanaye in northern Senegal, where 200 square kilometers of land were acquired for agrofuel production (destined mostly for European markets) with little consent from local communities who depend on the land for farming and livestock. This led to unrest in the communities, which resulted in two deaths, and the eventual suspension of the project by then-President Wade. Fanaye’s experience is not unique. Across West Africa, large tracts of land are being seized from farmers, fuelled by an ever-increasing demand for land by investors.

Inter Pares is coordinating a research collaboration that brings together the West African farmer movement COPAGEN and researchers from the Université de Montréal. For the next three years, farmers and researchers will work together to document the scale of recent land grabs in nine West African countries and the impact on food security and community livelihoods. They have also helped establish a network of “land watch committees” to monitor land transactions, and to disseminate information to help defend community rights.

Most of the research is carried out locally by organizations working with people who are most acutely affected by land grabs: peasant farmers. In this way, the research process is as important as the research results. As information is collected, awareness about the problem is generated, which in turn helps communities better assert control over their lands.

Researchers Mamadou Goïta, Assétou Samaké, and René Segbenou presented preliminary findings during a public conference in Abidjan. Already, the research is providing a clearer picture. Over 30,000 square kilometers of land have been acquired in the nine countries being studied.

While land grabs have mostly been understood as land seized for export agriculture, COPAGEN is widening the scope of the research to also consider massive land acquisitions for mining and tourism development.

In her opening statement during the conference, the Canadian Ambassador to Côte d’Ivoire recognized that “land acquisitions are not an esoteric issue for a handful of academics – this is current and needs to be studied.” While there has been quite a bit of research on the risks to food and agriculture of land grabs, there has been very little on their actual impacts. Our research will undertake to fill this gap in the coming months through impact studies carried out in Guinea, Guinea-Bissau, and Côte d’Ivoire.

Already, the research is providing a clearer picture. Over 30,000 square kilometers of land have been acquired in the nine countries being studied.