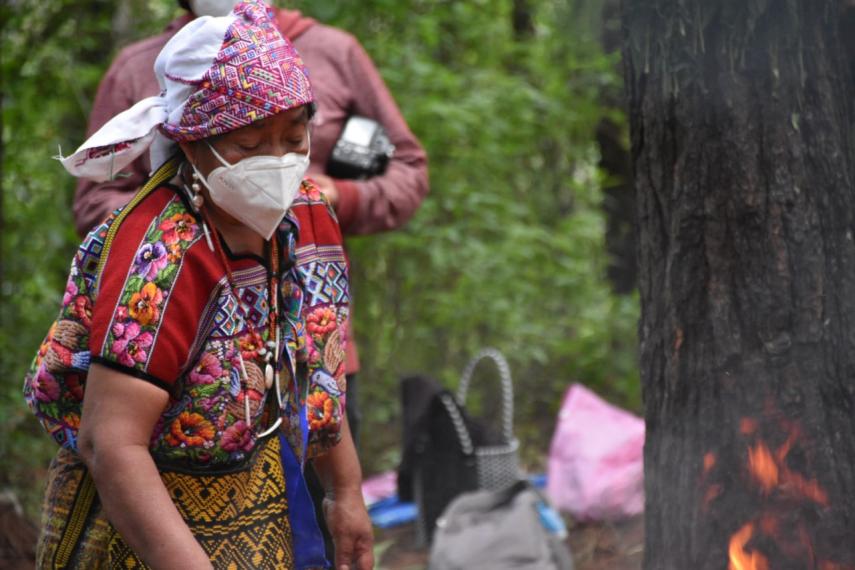 “I want to put my energy into talking with them.” Quimy de León is a researcher and long-time activist. She is also co-founder of RUDA, a new Inter Pares counterpart. RUDA was born in 2017 out of this desire for dialogue and collaboration between different generations of Guatemalan feminists. It also grew out of the need to tell the stories of Latinas and Guatemalan women differently so as to allow youth to create their own narratives when describing the environment around them. One of RUDA’s young coordinators, Andrea Rodriguez, explains: “We want to highlight those who are taking part in the struggle, and we use digital media which has its own specific way of communicating with a younger generation.” The stories told are not only those of femicides, disappearances and criminalization of human rights activists, but also stories sharing voices that are not typically heard.

The RUDA team is intergenerational, and so are the stories the organization shares. They work to preserve historical memory, viewing this as a space of struggle for women to understand and reinterpret past injustices and to prevent them from happening again. With this in mind, RUDA tells infamous stories of Guatemala’s civil war, such as that of Sepur Zarco or the case of the 56 girls from the Virgen de La Asunción orphanage. Content creator Marco Juracán says: “Memory is a transformative power that guides us.” In sharing these stories, RUDA reminds listeners that those responsible for these events are still close to power.

RUDA’s intergenerational work promotes healing. They tell these stories without revictimizing women, and allow young people to measure the impact of these traumas on their generation and their community. Abuses are recounted and then transformed; it is an act of proactive resilience and is not based on the ability to bear the unbearable. RUDA is a meeting place between the body and the land, the personal and the political, between women born after the peace accords and those who survived the war. RUDA reinvents spaces of social struggle, including women’s bodies, their identities, their land and their stories.