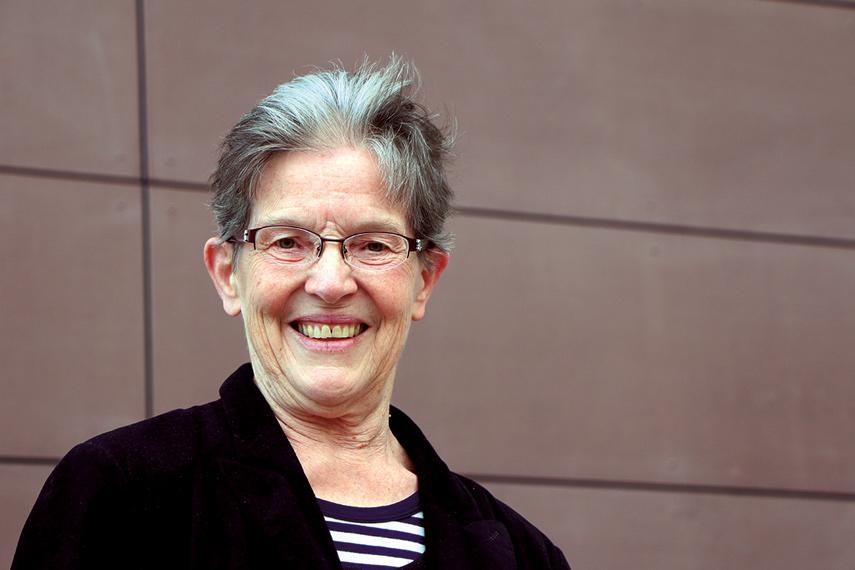 Caroline Andrew: Director of the Centre on Governance at the University of Ottawa and former Chair of Inter Pares’ Board of Directors.Credit: Patricia Charest Mugwaneza

Seeing the growth of the Up for Debate campaign, the movement for a nationally broadcast leaders’ debate on issues identified by women, brings back a flood of personal memories. I moderated the 1984 women’s debate, so far the only debate on women’s issues that has taken place in Canada during a federal election. At the time of the election, John Turner was the Prime Minister and he was debating with Brian Mulroney, and Ed Broadbent.

I remember being very nervous on the night of the debate, and yet, when I met the women who were to ask the questions, Eleanor Wachtel, Kay Sigurjonsson, Francine Harel-Giasson, and Renée Rowan, I calmed down.

They were all so intensely committed to clarifying the issues that were, and still are, central to women’s lives: inequality in income, day care, access to abortion and international peace. While access to abortion is somewhat more available today, the closing of the Morgentaler clinic in New Brunswick reminds us that this battle is not yet won. Good public day care is even further away than it was in 1984 and needs to be fought for. Inequality in income is still a vital issue for women, particularly for Aboriginal, immigrant, visible minority and disabled women.

Did the debate have an impact? It showed that politics can be, and should be, about issues that are central to the daily lives of women, and particularly to women doubly or triply disadvantaged. For far too long politics has been seen as an arena primarily for men. Thanks to the efforts of committed women (and men) around the world, this vision is being transformed. Join me in calling for a women’s debate among leaders in 2015.

Politics can be, and should be, about issues that are central to the daily lives of women.