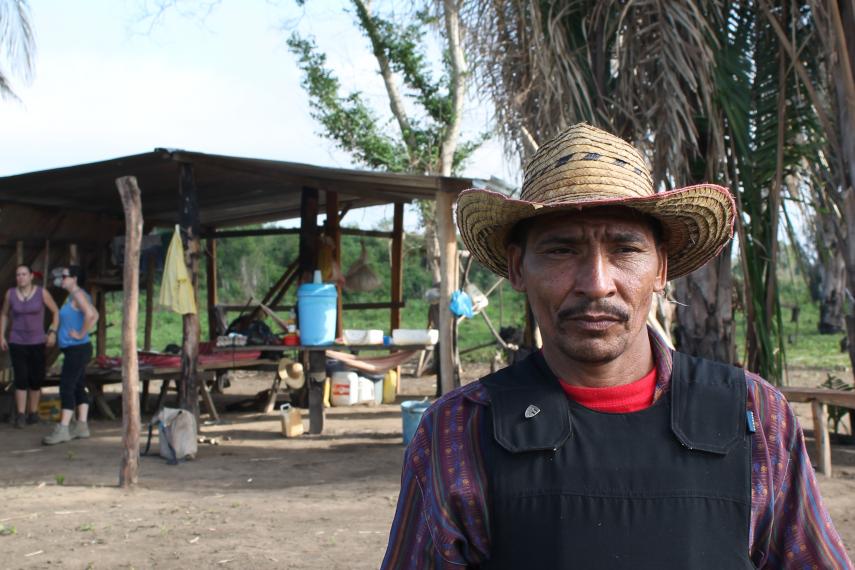 Courage. Sometimes it is a choice. Sometimes the situation just demands it of us. But courage has many faces. The people with whom Inter Pares works demonstrate profound courage, in their patience, persistence, fearlessness, motivation – and faith that the world can and should be a more just and equal place. We see courage in the earnest university student who defies harsh government edicts to demonstrate for the right to free speech in Sudan; the young mother who approaches a family planning clinic in the Philippines for the first time; the stalwart village leader in Burma who protests a development project that will not benefit their community; the determined young woman in Colombia who gets an education and then a job when society tells her that independence of this sort is not hers to claim; the activist who has worked toward the same social justice goal for a generation but believes in it fiercely despite the exhaustion and personal threats.

Some of the organizations with which Inter Pares works tackle taboo issues that are surrounded by social stigma. Issues like women’s reproductive health and bodily autonomy. It takes a special kind of boldness and tenacity to openly discuss sexuality, a woman’s right to choose, or sexual violence. To speak out and act in defiance of social stigma takes courage. Inter Pares’ counterparts in Peru, El Salvador, and the Philippines understand this well.

Between 1995 and 2000, the government of Alberto Fujimori in Peru sterilized an estimated 300,000 women and 20,000 men. Many were poor and Indigenous, coerced or manipulated into surgery. Inter Pares’ counterpart DEMUS has been at the forefront of the struggle to expose the truth of what happened and to hold the Peruvian state accountable. DEMUS’ work has led to the creation of a national registry of victims, and legal proceedings against high ranking officials.

El Salvador has one of the world’s most restrictive anti-abortion laws, which penalizes abortion under any circumstances and criminalizes poor women disproportionately. Resorting to illegal and unsafe procedures puts their health and lives at risk. Women have been imprisoned for miscarrying. Our counterpart La Colectiva Feminista has been central in the struggle in El Salvador for reproductive rights, despite being viciously labeled as immoral by opponents in the country.

Likhaan Center for Women’s Health successfully campaigned for a national reproductive health law that includes universal access for women in the Philippines to modern contraception. Currently, they are advocating for women to have access to the full spectrum of reproductive healthcare options including abortion, in a national context that is still dominated by anti-choice religious values. It is an uphill and sometimes ugly battle.

What does courage look like? We see it in the faces of the people that come together in organizations such as DEMUS, La Colectiva, and Likhaan. The people we accompany, and who inspire us each and every day, are courage personified. In turn, they bring us the stories of those who inspire them. It is a thread linking us around the world.