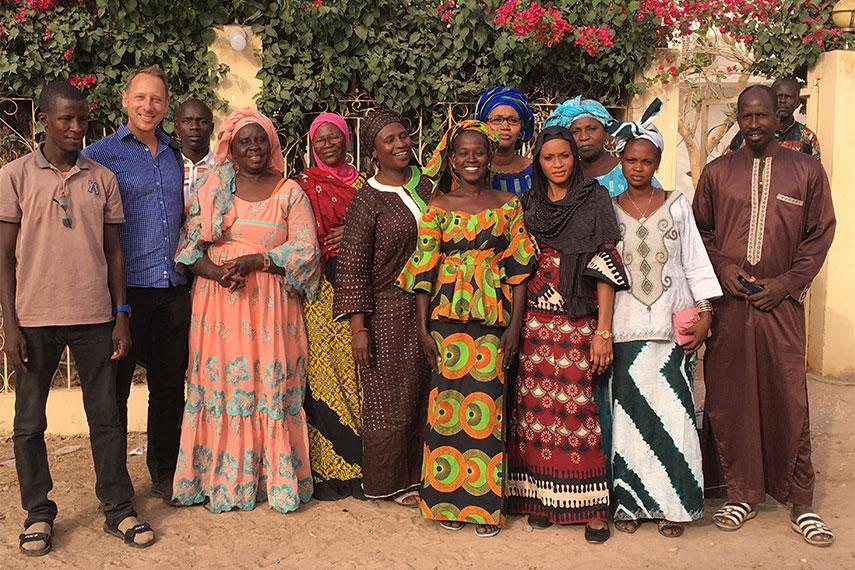 From January 30th to February 1st 2020, Inter Pares counterpart ENDA Pronat, along with other organizations in Senegal launched a series of policy recommendations to support the government’s transition to agroecology. Over 400 people gathered at the Journées de l’agroécologie in Dakar to discuss and validate the recommendations, which were developed in collaboration with grassroots organizations, rural women’s groups, farmers unions, researchers and the private sector. Policy makers in attendance, including Senegal’s Minister of Agriculture, welcomed the recommendations.

ENDA Pronat played a key role in facilitating dialogue to generate these recommendations. Throughout 2019, ENDA Pronat co-initiated conversations throughout the country, the Dynamique pour une transition agroécologique au Sénégal (DyTAES), to speak with a variety of groups and gather their recommendations. These dialogues came after Senegal’s newly re-elected President, Macky Sall, identified agroecology as a key pillar in his government’s new five-year Plan Emergent Sénégal.

Inter Pares was the sole Canadian organization at the event and facilitated the participation of 16 rural women leaders from across Senegal. As a feminist organization, Inter Pares understands the unequal power dynamics that make women more vulnerable to climate change but we also recognize the key role women play in practicing and promoting agroecology. As Thérèse Mbaye of the Réseau national des femmes Rurales du Sénégal explained:

“When things get difficult, men will leave, but it is the women who stay. We need to have a gendered approach. These women have knowledge that cannot be neglected.”

It was Mariam Sow, director of ENDA Pronat and affectionately known as “maman agroécologie”, who entrusted the policy brief to the Minister of the Environment, accepting it for the President of Senegal at the closing of the event. This is a testament to the work of ENDA Pronat and the courageous rural women they work with.

Senegal’s population is expected to grow from 16 million to over 25 million by 2035. Decades of unsustainable agriculture based on the Green revolution model (introduced seeds that rely on chemical inputs and irrigation) has left once fertile soils heavily degraded. There is an urgent need to move away from high-input agriculture to both improve crop resilience, improve food security, and mitigate climate change; and increasingly, agroecology is seen as the way forward.

Agroecology is often described as a science, a practice and a social movement. Contrary to conventional agriculture, it focuses on biodiversity, nurtures soil health, and stimulates natural pest and weed control. Inter Pares is encouraged by the government of Senegal’s commitment to practice agroecology, and applauds ENDA Pronat’s effective mobilization at this critical time.